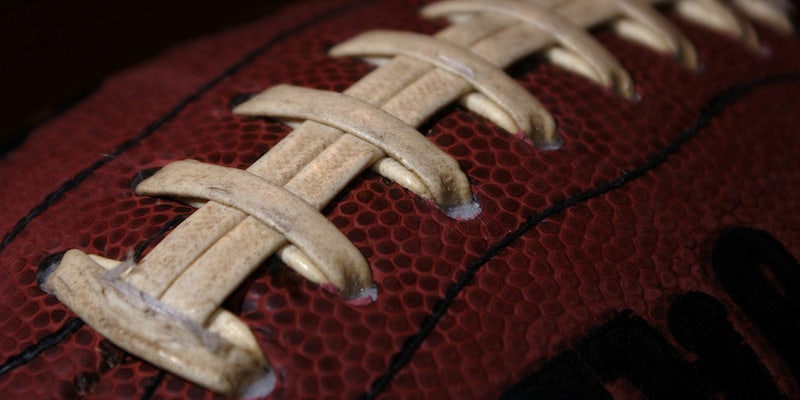 Will the federal government allow this?

After many months of either denying or no-commenting on rumors that the two biggest daily fantasy sports sites would merge, DraftKings said Friday that it is, in fact, joining forces with FanDuel.

While the two sites that allow fantasy players to set up daily and/or weekly lineups instead of having to play the traditional season-long format say the merger will advance the industry and will better serve its players, federal regulators also likely will take a long look at whether it’s kosher for the two biggest DFS sites to combine efforts, especially since the two combine for between 80-90 percent of the market.

If it’s allowed, though, a merger could very well save an industry that’s been struggling for the past year. The sites expect to close the merger in the second half of 2017.

According to DraftKings, the two sides are merging “to create a stronger entity that can focus on growing the fantasy sports market by developing new products and features, delivering enhanced user experiences, and creating an overall stronger fantasy sports community.”

DraftKings also said the two sites can work better with state governments to “develop a standard regulatory framework for the industry.”

Trying to get states to agree to the legality of the DFS industry has been an issue for DraftKings and FanDuel. More than a dozen states declared DFS illegal last year, and the two sites had to spend millions of dollars in legal fees in order to fight cease-and-desist letters from states like New York, Alabama, and Delaware.

The industry also suffered a major blow last October when a DraftKings content manager won a $350,000 payday while playing a FanDuel game after accidentally leaking the kind of insider data that would have helped him win. Though that content manager was cleared of any wrongdoing, Congress and the FBI started paying attention after that, and both sites eventually abandoned college sports.

This year, advertising for both sites is way down—though a DraftKings spokesperson told the Daily Dot this fall that the decrease was always part of the plan—and jackpots also aren’t as rich as they were last year. Neither site, at this point, is profitable.

But they’ve both survived, as has the industry.

For now, DraftKings and FanDuel will operate independently for the rest of the 2016 NFL season, and they’ll continue using their respective brand names. But that probably will change at some point.

DraftKings CEO Jason Robins will be the CEO of the combined company, while FanDuel CEO Nigel Eccles will take on the title of chairman of the board.

Said Eccles said in a statement: “[T]his transaction will create a business that can offer a greater variety of offerings, appealing to new users, including the tens of millions of season-long fantasy players that haven’t yet tried our products.”

Financial terms weren’t revealed, but ESPN reported the merger will essentially be a 50-50 split.

For those worried that the combined DFS sites would substantially raise prices due to a lack of competition, DraftKing said it intends “to keep our commission fees and structure competitive.”

An industry source recently told the Daily Dot that a merger probably wouldn’t happen because so many of the top DFS players use both sites anyway and because FanDuel and DraftKings have different philosophies. Clearly, though, they felt like a merger would be the best thing for their sites and the industry.

“[T]his merger will help advance our goal of building a transformational global sports entertainment platform,” Robins said in a statement. “Joining forces will allow us to truly realize the potential of our vision.”