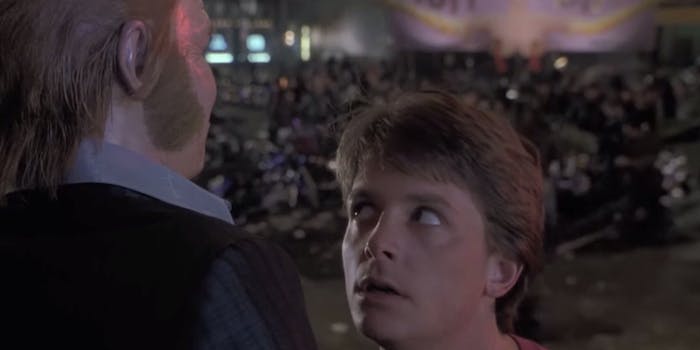 You knew this joke was coming.

Donald Trump has essentially turned his presidential campaign into one giant Comedy Central roast, so it only makes sense that people are treating it like the joke it is. And now, here come the pop-culture collisions.

YouTuber James Montalbano created Trump to the Future, which places the Republican presidential hopeful inside Back to the Future, specifically in the scene in which Marty McFly discovers Biff Tannen’s Pleasure Paradise Casino & Hotel.

In his reaction to Trump’s campaign announcement, Marty undoubtedly speaks for many, many Americans.