A one-stop shop for all the Trump news you can't avoid.

Donald Trump fans, rejoice. Folks can finally binge news clips involving Trump every second of every day, thanks to Trump24/7.

The channel, which launched in late July, streamlines Trump internet videos from YouTube and other platforms, and programs them without commercials. Trump 24/7 runs on digital network Cornflix TV, and is available to watch via Apple TV, Amazon Fire, and online at trump247.tv. 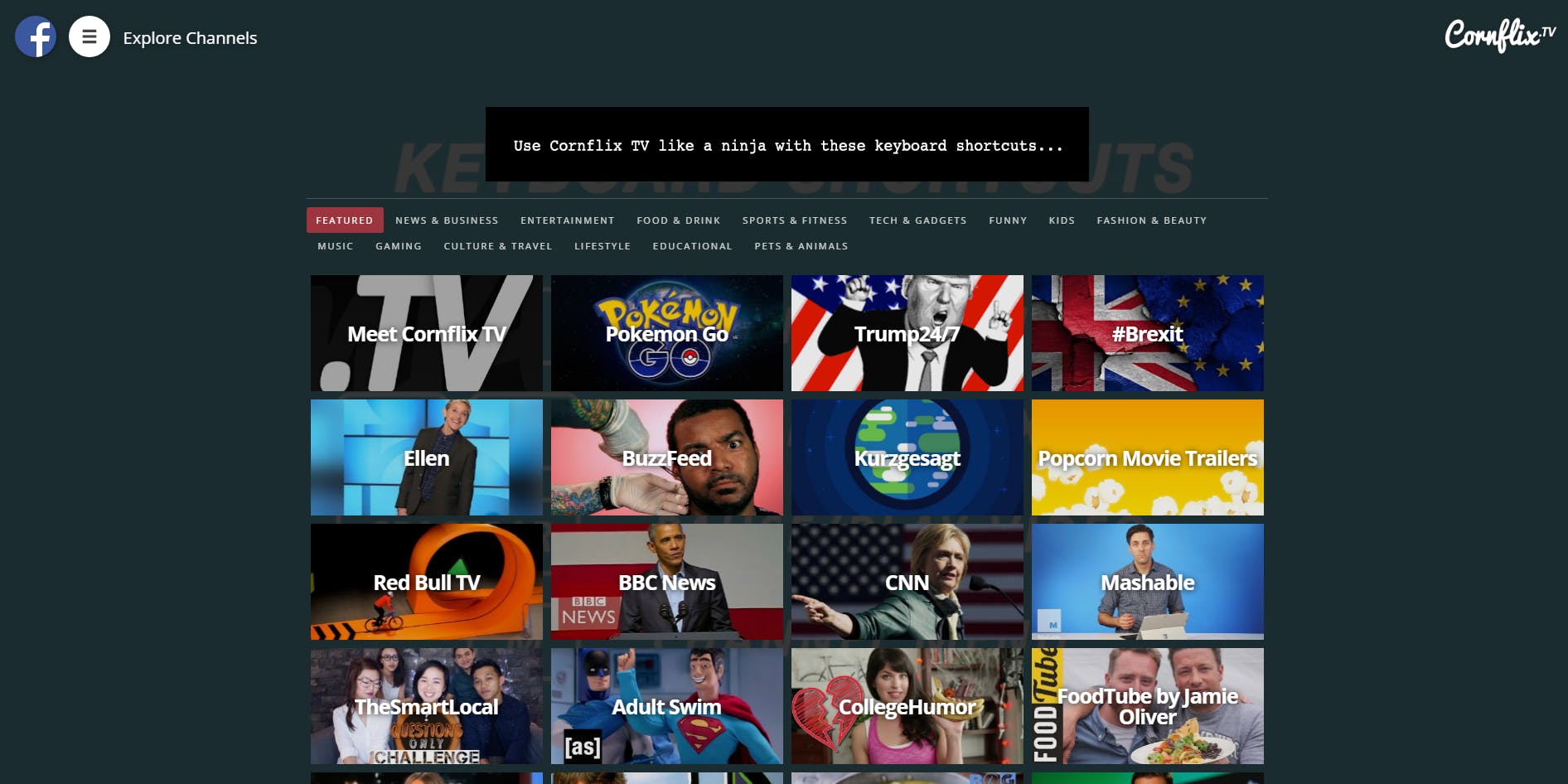 Videos on Trump24/7 are hand-picked from the channel’s platform, and are filled with Trump rallies, speeches, and satire from talk shows like The Daily Show with Trevor Noah. The clips aren’t all pro-Trump though, and lots of them make it a point of roasting the Republican presidential nominee.

If news reports get too mundane, viewers are able to click the bottom left corner to scroll toward another Trump-centric bit of entertainment.

And when your brain can’t take more news, viewers can click the top right corner and interact with the TV Channel to vote for “#Trump” or “#NotTrump.” No word yet on results. 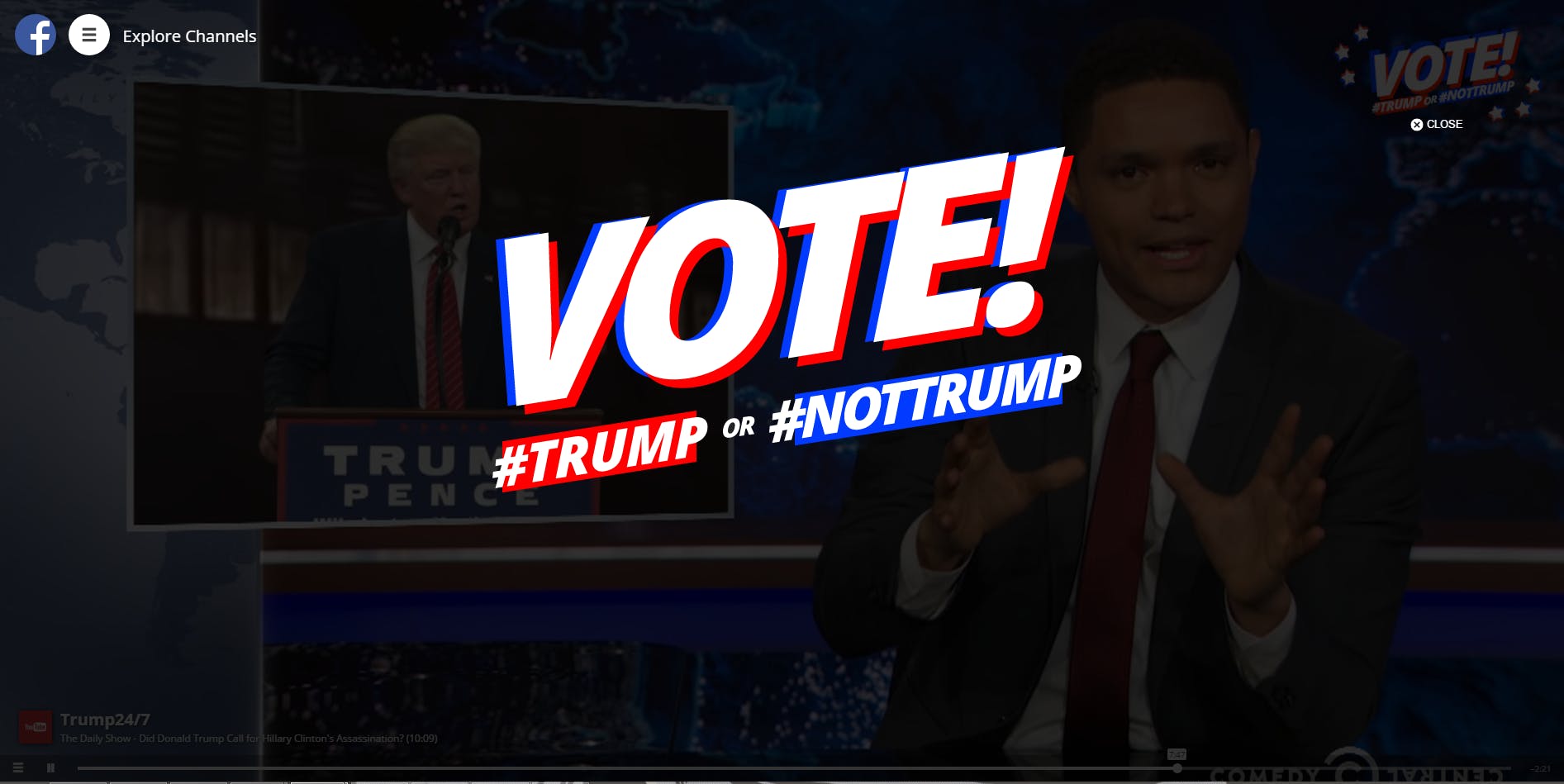 An all-things Trump channel may seem like overkill, but he’s plastered everywhere these days and is America’s top discussion topic in 2016. That you can compartmentalize his media on demand is, if anything, a strong coping tool.