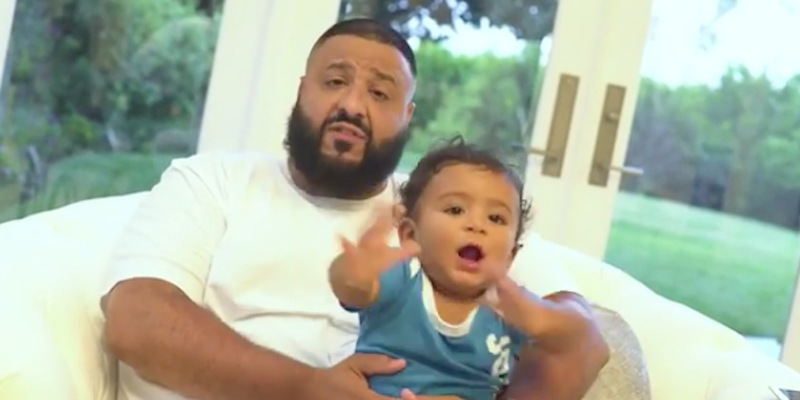 Don’t worry H-Town, DJ Khaled is ‘bout to come through.

Monday afternoon comedian Kevin Hart posted an Instagram video challenging his celebrity friends to donate to Hurricane Harvey relief. The standup launched a CrowdRise fundraiser with all proceeds going to the American Red Cross, and shared the link far and wide.

“I’m calling this the Hurricane Harvey Relief Challenge,” he wrote in an Instagram caption, tagging Jerry Seinfeld, Chris Rock, Justin Timberlake, and Steve Harvey among others. “Help me help Houston.”

It didn’t take long for replies to start coming in.

In a video with his son Asahd Monday evening, DJ Khaled announced that his family would be following Hart’s lead and giving $25,000 to the fund. “You’re gonna be OK,” Khaled said. “You’re gonna be great. Matter of fact, we are great. And God is the greatest, and I’m here to help out.”

Nicki Minaj reposted Hart’s video to her own Instagram Monday evening and wrote, “I’ll donate $25k for Houston. Praying for everyone there. Great work @kevinhart4real.”

I'll donate 25K for Houston. Praying for everyone there. Great work @kevinhart4real

The rapper T.I. thanked Hart for posting the challenge and pledged $25,000 as well. “They say Faith without works is DEAD!!!!” he wrote. “We ALL need to WORK on coming together & utilizing our resources collectively to do some meaningful shit to people who need US more than ever!!!”

They say Faith without works is DEAD!!!! We ALL need to WORK on coming together & utilizing our resources collectively to do some meaningful shit to people who need US more than ever!!! @kevinhart4real salute for responding with a challenge that WE ALL NEED TO ANSWER!!!! #Pray4Houston #USorELSE

Chris Brown went above and beyond by donating $100,000 after Hart’s call to action. But he took a slightly different approach and picked a separate charity than Hart’s recommended Red Cross.

“I’m skeptical about Red Cross,” Brown admitted in his caption. “So my donation will go to the people.” Often in crises, donors forget to give to local charities that will stick around in communities long after a natural disaster takes place. So even though Brown didn’t disclose exactly where his money is going, it could stand to make a big impact for a smaller, local nonprofit.

All in all, not a bad day online for Hart’s friends.