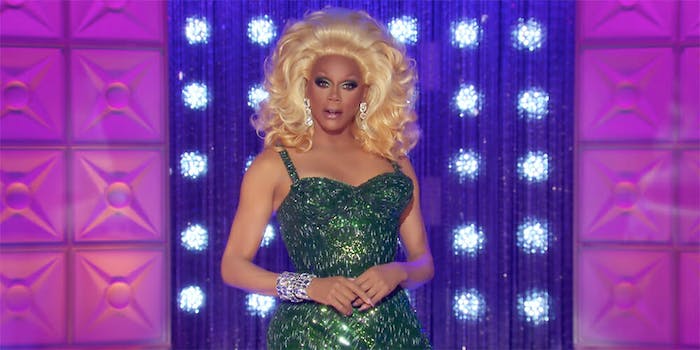 Drag queens are calling on DirecTV to keep Viacom channels

DirecTV just hiked prices—and a 22-channel blackout could be coming.

Drag queens from RuPaul’s Drag Race are warning fans and AT&T customers that if they don’t make a fuss, Viacom channels including VH1 might sashay away from the TV network.

Deadline reports that Viacom’s carriage agreement with AT&T’s DirecTV and U-verse ends Friday night, which could mean a blackout for Viacom channels on the service. AT&T already hiked up prices and dropped Viacom network channels from its DirecTV Now basic package last week (although existing customers will keep the channels they already have).

Celebrities—including Yvie Oddly and Mercedes Iman Diamond from RuPaul’s Drag Race along with Jersey Shore‘s Pauly D—are trying to drum up support ahead of the contract deadline, which could affect VH1, MTV, Nickelodeon, and around 20 other channels. The celebs are advising customers to contact AT&T’s customer service line and tell the company to keep the channels they want on DirecTV and U-Verse.

Wtf?! AT&T-DIRECTV is about to drop VH1 and up to 22 other channels. If that happens, you won’t be able to watch RuPaul’s Drag Race. Call 888-250- 5557 and tell AT&T-DIRECTV to keep VH1. Go to keepviacom.com for more info. #keepviacom #savedragrace

Of course, AT&T and Viacom are only pointing fingers at each other.

While Viacom says it has “made a series of offers that are good for consumers and good for AT&T,” according to Deadline, AT&T issued a statement saying it’s “disappointed to see Viacom put our customers in the middle of their negotiations.”

In its own statement, AT&T pointed to Viacom losing 40 percent of its customers in six years. “The facts speak for themselves: several of Viacom’s channels are no longer popular,” the statement said.