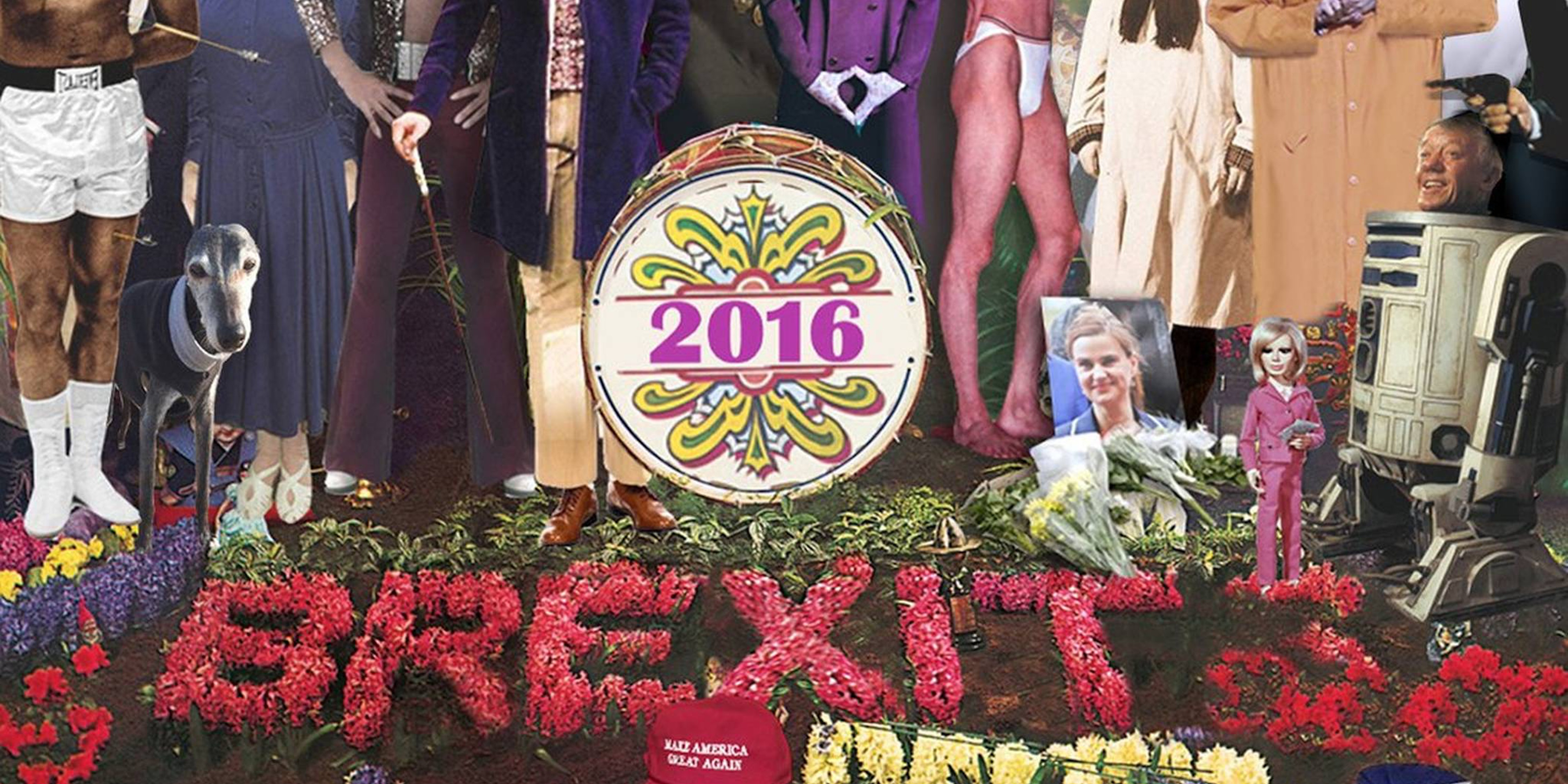 We’re saying goodbye with a little help from our friends.

Between January’s death of David Bowie and Thursday’s death of John Glenn, this year has seen a series of major Ls, perhaps leaving 2016 as one of the worst years in the history of ever.

To commemorate the loss of our heroes, artists, and leaders, British artist Chris Barker has taken the iconic album cover from the Beatles’ Sgt. Pepper’s Lonely Hearts Club Band and remixed the piece, replacing the band and their “host of celebrities” with the dearly (and not-so dearly) departed. 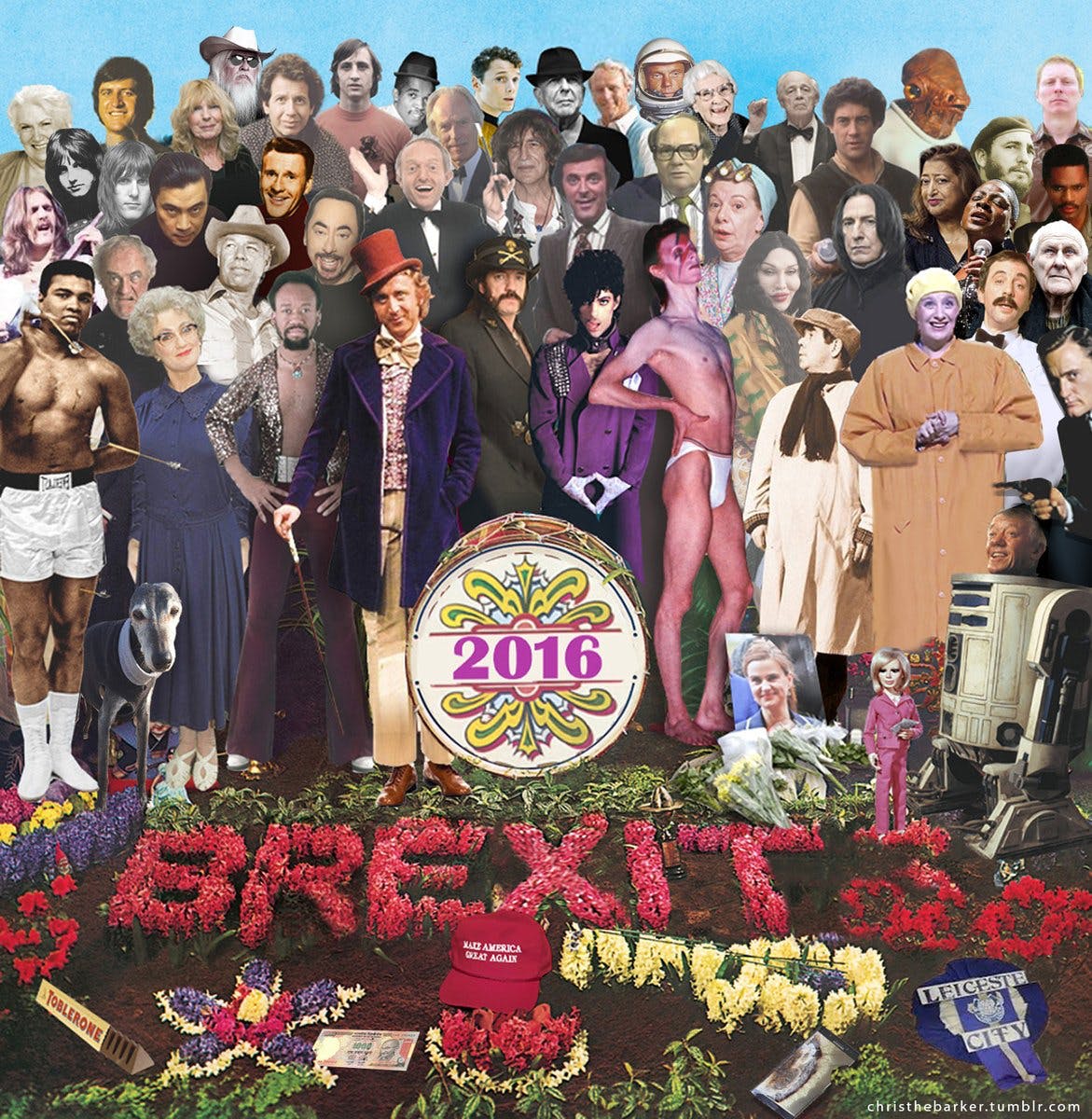 In the first row alone we have Muhammad Ali, Gene Wilder, Prince, and Bowie. Then there are even differently iconic, though less popular, names, such as Castro and Brexit. Barker even included Walnut, the dog who was joined by hundreds on his last walk along the beach.

Though the version above includes the recent death of Glenn, Barker wrote in a blog post that he published the first version of the piece during the night of the U.S. election, just as a way to show how unfortunate this entire year had been. The artwork went viral, receiving thousands of shares and likes, and Barker received great attention from British media picking up his piece.

While Barker once resisted, he told the Daily Dot that he’s felt compelled by others to update the piece after each slow, painful death announcement rounding out the year. But when 2017 rolls around, best believe Barker’s plan is to walk away from the project.

“I was going to leave it as it was but people seemed so passionate about including their various favorites as they died that I didn’t want to disappoint them,” Barker said.

Into the second week of December, Barker’s update has been picked up by American publications including Billboard. Barker said that through this interesting viral experience he’s learned more about how social media and publications perpetuate viral news beyond its natural shelf life.

“I think it’s hit a nerve with a lot of people in bizarro-year and I hope it’s made a few people smile and a few people think,” Barker said. “Whatever people’s backgrounds, they all make the same comments. So it seems that we really do have more in common than that which divides us.”