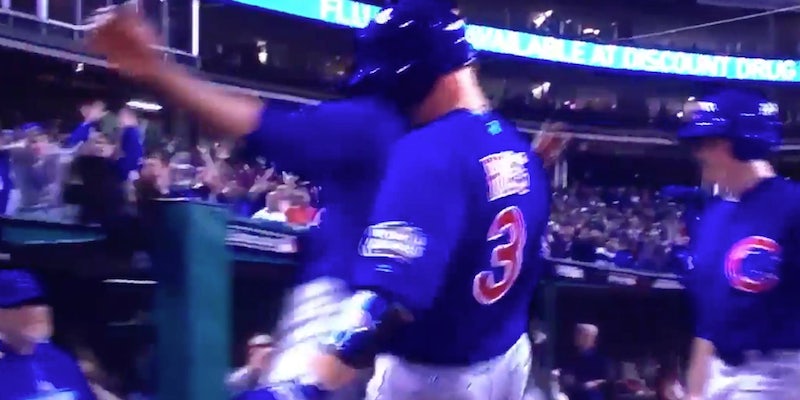 He bumped his way through the dugout and into history.

Chicago Cubs catcher David Ross hit a game-changing home run in Game 7 of last night’s dramatic and historic World Series—and he celebrated by basically bumping dicks with everyone in the dugout. Seriously.

It was an especially emotional night for Ross, who was playing in likely his last professional game of his career and had to overcome to a couple of key errors earlier in the game. His solo home run in the sixth inning off of Cleveland Indians pitcher Andrew Miller was a much-needed shot in the arm that gave the Cubs a 6-3 lead.

Chicago won 8-7 in 10 innings, ending the Cubs 108-year curse—which is surely cause for a few extra dick bumps.