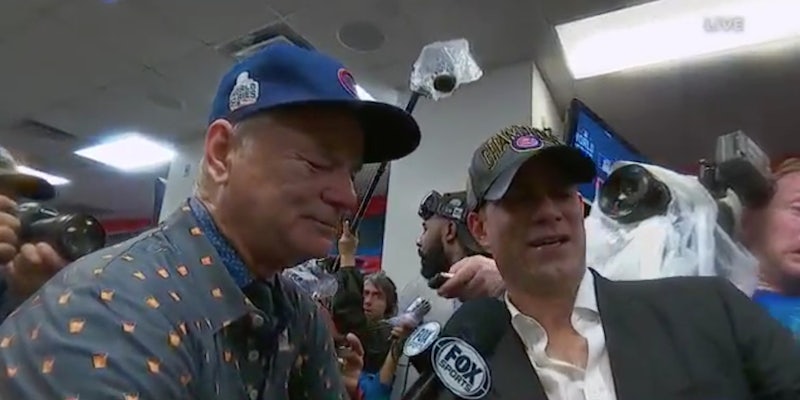 After more than a century, the wait is over: The Chicago Cubs are World Series champions. And nobody may be happier than Bill Murray.

The Cubs battled their way to victory in an intense Game 7 that ended with an 8-7 win over the Cleveland Indians in the 10th inning. Murray, a longtime Cubs fan, embodied the feeling of an entire city.

We are all Bill Murray tonight. #WorldSeries pic.twitter.com/xzslwVbWVE

But Murray was only just getting started. Fox Sports handed Murray the microphone inside the Cubs locker room to interview Theo Epstein, the Cubs’ president and the mastermind who put together the team that would end the Cubs curse after 108 years without a world title.

It was a messy affair, as you might expect. That did not, however, stop Murray from saying what was surely on the minds of virtually everyone in Chicago Wednesday night.