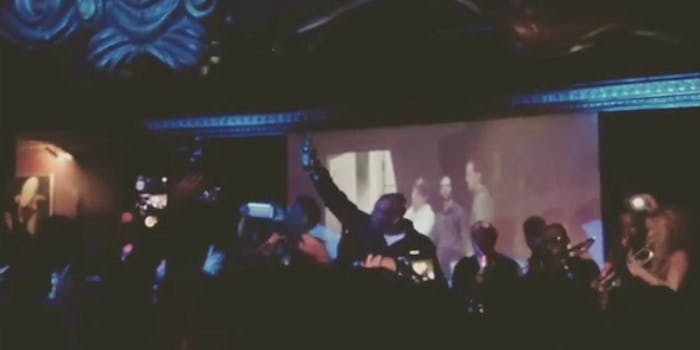 Even Thom Yorke would be proud.

It looks like Kate McKinnon and her rendition of Leonard Cohen’s “Hallelujah” in Saturday Night Live’s cold open wasn’t the only successful cover song crooned by an SNL luminary this weekend. As seen in an Instagram video recorded by Questlove, host Dave Chappelle—only a few hours after delivering a poignant, heartfelt monologue—paid homage to Radiohead and delivered an epic version of “Creep” during the SNL after-party.

Though the sun was nearly about to rise in New York, it was certainly a crowd favorite. Especially if your name is Leslie Jones.

This apparently was Jones’ version of the events.

Oh my God I just rocked out with Dave Chapelle! pic.twitter.com/SZ1DxuvppX

It’s not the first time Chappelle has taken over that song. As Mashable points out, Chappelle put on this performance in February.

Before the song Saturday, Chappelle told the crowd, “Get them pictures now and then put them phones away. We don’t take pictures in here. We only make memories.”

Luckily for everybody who wasn’t at the after-party, not everybody took his advice.