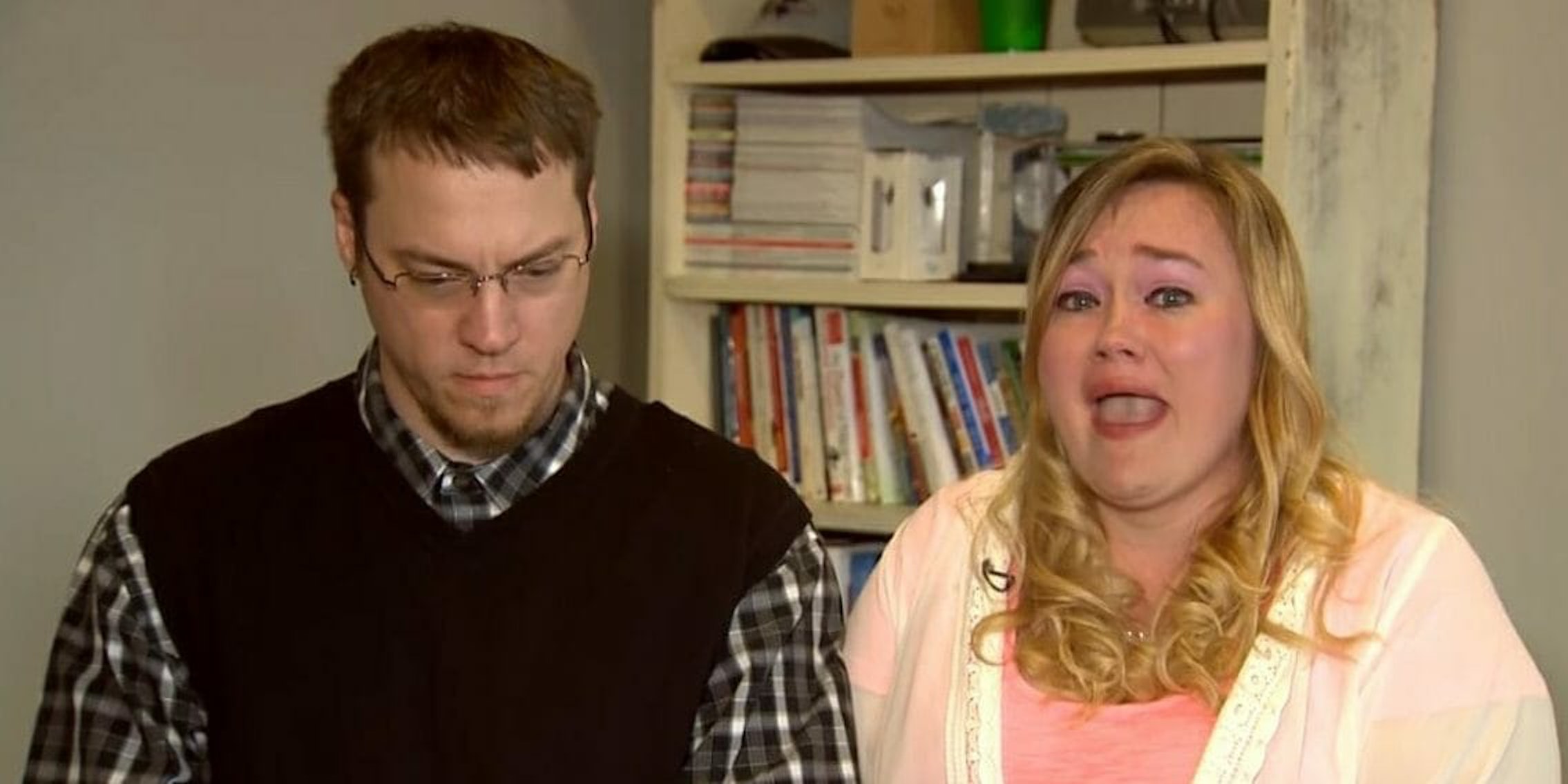 Are they violating their probation by still posting vlogs, though?

The notorious parents from the DaddyOFive YouTube channel who were accused of abusing their children for clicks had their child negligence punishment reduced by a Maryland judge on Tuesday.

According to WUSA 9, Michael and Heather Martin, despite potentially violating their probation conditions by continuing to post videos to YouTube, had their supervised probation modified to unsupervised probation. The parents also will be allowed to try to expunge their convictions on child neglect after three years.

The Martins lost custody of two of their five children in 2017 after some of their videos, where they pranked their children so harshly that many believed they were being abused, went viral. In their apology video, Michael and Heather Martin—who had about 800,000 subscribers—said the pranks were staged but that they were so enamored with YouTube fame and money that they lost sight of what was appropriate content for their channel.

In one infamous video, the parents filmed themselves screaming at their children for spilling invisible ink on the carpet (when, in fact, the parents were the ones to deliberately spill it before blaming the children). The children sobbed at the accusations and the scolding. Eventually, more than 300 videos were deleted before the entire channel was banned.

In September 2017, the two were sentenced to five years of supervised probation on the child negligence charges.

Though they were not supposed to vlog, the Martins started a new channel called FamilyOFive, where, according to the Daily Dot’s Audra Schroeder, “Mike Martin is still yelling at his sons and setting them up in dysfunctional scenarios, the bulk of which involve catching them in lies or not doing something right.”

The biological mother of two of the children who now has custody of them wrote to the judge saying that Michael Martin “continues to make videos and has a paid web page making money off of children.” Still, Circuit Court Judge Theresa M. Adams modified the Martins’ probation.

The judge on Tuesday made sure to reiterate that the Martins can not vlog videos of their children. They also are supposed to be working with YouTube to make sure their previous prank videos were being deleted.

Despite their channel’s deletion, other channels continue to re-upload old videos that have attracted hundreds of thousands of views, including one where one of the Martin sons slaps his sister across the face.