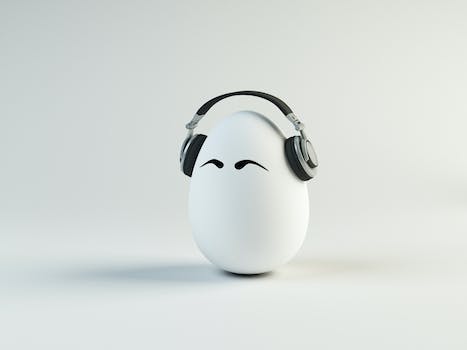 Like fedoras, Brooklyn, and startups, food has become a mainstay in our culture of cool.These days, it pervades almost every medium; watching and writing and tweeting and studying and documenting and talking and reading about it has become the new norm. Eating isn’t just physical nourishment anymore. It’s enjoyment. It’s art. It’s community. It’s an experience.

And it’s kind of like going to a concert. After all, food and music go together like the Mr. Softee tune goes with vanilla softserve. They are, intrinsically, sensory experiences that transcend communication barriers while conveying emotion and culture and history. Can we call them both universal languages, then? Perhaps.

But Zach Brooks, the creator of Food Is the New Rock, doesn’t like to get too deep. He will admit, though, that these relatively new cultural norms have grabbed chefs from their kitchens and pushed them into the public eye. Today, we look to culinary creators as cultural tastemakers, as artists… in the same way that we’ve revered musicians for decades. To put it plainly: Chefs are the new rockstars.

Food Is the New Rock was born out of Brooks’ long relationship with both. After decades in the music business, he quit his job at Sirius Radio for Midtown Lunch, a lunch-hour hobby that unexpectedly skyrocketed into a popular food blog—and a full-time job. So it seemed like a natural progression to bring both passions together with Food Is the New Rock, a weekly podcast about, as the title suggests, food and music. Zach and his buddy, Chuck P (who worked with him at Los Angeles’ now defunct radio station, Indie 103), interview chefs about music and musicians about food. We chatted with Zach about today’s gastro-culture, the art of the musical food fest, and his contact high with hardcore culinary rapper Action Bronson.

Food is no longer just food. When did the zeitgeist change?

Well, food TV has obviously helped things along. And you had all these Generation Y chefs taking over kitchens and making food that appealed to people like me — interesting, highbrow food, but in an “indie rock” setting. Guys like Mario Batali got the ball rolling in the 90s (Babbo famously lost a star in the New York Times for its loud music), but then guys like David Chang in New York, Chris Cosentino in San Francisco, and Jon Shook and Vinny Dotolo in L.A. really blew things open. Blogs worshipped these chefs like they were rock stars, and the media followed suit. Oh, and now that kids don’t pay for music, they can spend their disposable income on food.

When did your gastronomic passion begin?

When I turned 30? It just seemed like a natural thing to obsess about after I got burnt out on obsessing about music through my teens and 20s. Even at Sirius, I was always the fat guy who refused to work through lunch, and forced everyone to go out.

And this led to the birth of Midtown Lunch.

Right. Food blogs were just becoming a big thing when I moved to New York in 2005, and I thought it’d be fun to take photos of all the Midtown lunches I was eating near my office. A week after I started the site, Gawker made fun of me (Midtown has always been considered a horrible place to eat lunch), and we were off and running. The thing is, Midtown has a shit ton of people. And the site was really useful, so after a few years I was in a position where I couldn’t really keep doing both my radio job and Midtown Lunch. I figured if I ever wanted to go back to radio it would always be there, but stumbling face first into a successful food website was an opportunity I couldn’t let slip away. And that’s when I became professional fatso.

That is, a music-obsessed professional fatso.

Food Is the New Rock was created to give Chuck and me an excuse to hang out with musicians and chefs that we admire, talking about two things we love: food and music.

While listening to your podcasts, what should I be doing? Cooking? On my way to work?

Making sweet sweet love? Our goal is for it to be used the same way I used Enigma albums in high school.

Speaking of which, when you were in high school, the world wasn’t like this.

Yeah, this food and music movement is relatively new. These days, they go hand-in-hand. As a guy who went from obsessing about music in my 20s to obsessing about food in my 30s, I can totally relate to the guys who started Immaculate Infatuation, for example. AndGooga Mooga is just the latest in a natural progression of festivals caring about their food. It’s a trend that started obviously with Jazzfest, and has been slowly making its way to festivals like Outside Lands, Bonnaroo, and The Feastival overseas. But for me everything traces back to Dinner with the Band, and that old episode of Iconoclasts on Sundance Channel that paired Mario Batali and Michael Stipe together.

Action Bronson was kind of amazing (are you familiar with the concept of a contact high?). And talking about the birth of west coast hip hop with a Pulitzer prize winning food writer (Jonathan Gold) was as great as I imagined it would be. I will certainly never forget hanging with Henry Rollins for an hour talking about hoarding water, and Har Mar Superstar and Father John Misty were a total riot. Those two guys should be way more famous than they are. And my favorite part about our interview with David Chang and Peter Meehan was talking about James Murphy’s beard.

So chefs are music-obsessed. Does this mean that musicians are food-obsessed?

As a whole, our society has become more obsessed with food. So it’s only natural that musicians — even though they’re often marginal members of our society — would follow suit. But there is no question that technology (cell phones, Yelp, etc.) has made it way easier for touring musicians to find great food on the road. And there’s a definite connection between the creation and enjoyment of food and the creation and enjoyment of live music that isn’t shared between any other art forms.

Does this stuff hit you on a soul level?

I try not to get too deep about it. What I will say is that I’ve always liked putting stuff in my face hole and my ear holes. If I do that, and it makes me feel happy, I consider it a success.