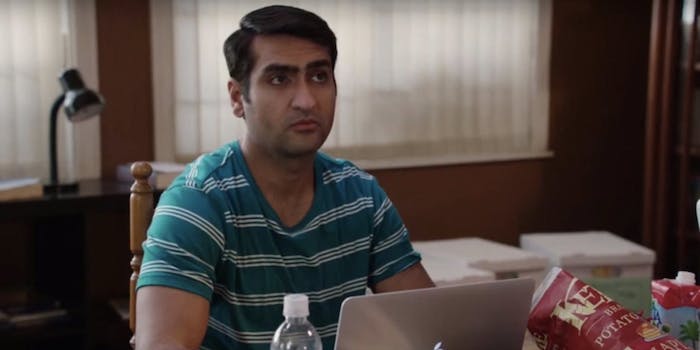 6 TV shows that get the Internet right (and so, so wrong)

Our relationship with all things cyber is sacred, and we depend on the shows we watch to honor that sacrament.

The quickest way to lose a TV audience is to appear inauthentic, especially when it comes to the Web.

As humans alive in the 21st century, we all participate regularly and heavily with the Internet, some of us cultivating an even more robust digital life and persona than in the real world. That means that our relationship with all things cyber is sacred, and we depend on the shows we watch to honor that sacrament, and present it in a way that reflects our familiarity with it, but also an authenticity.

Some shows have managed to strike the perfect balance of explanation and expectation that suggests a firm grasp on Internet reality in 2015, but others fumble through their Web references as if in literal dark ages. We’ve rounded up the best and worst of the Internet’s portrayal on the small screen.

The savvier a show can be in its integration of the Internet, the cooler it becomes.

These shows assume audiences are cyber-aware enough and avoid dumbing it down for viewers. They don’t walk back the technology a few years to keep it accessible, and, much like in our actual lives, they use the Internet as an accessory to help tell the bigger, more interesting story. These shows have an unspoken pact with their viewership that guarantees they will treat us like equals—not like a kindergarten class learning to spell.

Mr. Robot hit the air earlier this year and dominated the ratings in a surprising win for USA. With its extremely high concept and complicated financial infrastructure, the show seemed like it would be inaccessible to many audiences. But for anyone with Wi-Fi and a credit card, it hit close to home, and audiences were fascinated by how it pulled back the curtain on the world we live in—without assuming we need it explained to us.

The main character, Elliot Alderson, was presented as a socially awkward hacker/genius, living on the fringe of society, but to viewers week-to-week, he was the ultimate protagonist. Elliot wasn’t a freak for his extreme talent; he was an idol. Part of the success of his character was the genuine way in which he delivered his expertise. Hoodies became a symbol of digital acumen, mirroring Mark Zuckerberg’s IRL unchanging wardrobe.

The writers at Mr. Robot never soft-pedaled the jargon for us. In fact, I found myself (on more than one occasion) Googling terms I’d never heard before, like “Raspberry Pi” and “honey pot.” Not only is Mr. Robot repping hackers with a nonchalant coolness that America eats up, it’s also dragging us along with it—and giving us digital street cred by proxy.

The same can be said for CBS’ The Good Wife, except Alicia Florrick et al. come at it from an entirely different entry point. While Mr. Robot primarily addresses matters of cyberattacks and digital hacking, The Good Wife hits us in our legal sweet spot, entangling complicated litigation with the fictional search engine ChubHub.

Further, I have to admit, anything I know about Bitcoin and the methodology of Internet currency, I learned from The Good Wife. These writers are breathing rarified air, having struck an exquisite balance between what we already know and what we need to know to understand these plot points. It’s pretty badass that I learned Bitcoin from a lawyer show about a cheating husband.

I feel smarter, not dumber, because of The Good Wife.

That feeling is amplified tenfold with the HBO series, Silicon Valley. This show’s entire universe is situated firmly in the cloistered lives of startup workers. Even though the characters are presented as nerds, weirdos, and social outcasts, there exists a coolness that accompanies their particular skill set, much like Elliot in Mr. Robot.

Silicon Valley is showing viewers how the sausage is made, even though most audiences have never even heard of the ingredients.

On the other hand, shows that can’t quite get it right date themselves immeasurably and paint themselves into a corner with audiences. These shows are like the embarrassingly out-of-touch dad to Mr. Robot’s cool teenager.

CSI: Cyber is among the worst offenders, showcasing a yawning gap between what it pretends to know about technology and what it actually portrays. Wired says of the show, “it’s time for someone to call shenanigans” on “the many misuses of technology deployed in CSI: Cyber,” and that’s about as generous as it gets in that discussion of the show’s first season.

Cyber is dangerously far afield of what audiences want from a show about technology. We need it be hip, informed, and completely current—much like the technology on which we spend our money. Cyber is none of those things, instead proffering crime-of-the-week cases that are technology-adjacent, like the case of criminals hacking baby monitors and kidnapping children. It yields a watered-down, grandmotherly version of a show that no one under 50 would watch.

Scorpion, which the Hollywood Reporter described as the “hourlong, not-funny version of Big Bang Theory,” is similarly stunted. Scorpion has taken every stereotype of a smart person, thrown in a pretty girl, and asked viewers to buy the “nerd-babble” that only toddlers and the elderly will be impressed by (with all due respect to toddlers and grandparents). Asking viewers to be impressed by a character called a “human calculator” is like asking us to be wowed by the fact that a bracelet counts your footsteps. It just misses the mark.

You would think that MTV would do a better job at capturing how the Internet is portrayed on TV, but the wildly popular show Catfish is predicated upon the notion that no one knows how the Internet works. How much longer will this show be able to go on until they run out of unsuspecting people who are naive enough to believe that Nigerian prince is really going to send them a check?

Week after week, MTV asks us to suspend our disbelief and buy into a premise that could so easily be debunked. Between Facebook, Instagram, and the good ol’ telephone, it seems like figuring out who someone really is shouldn’t be this big of a mystery anymore.

When television shows mismanage the Internet, they are suggesting that they don’t care enough about what we care about. There’s a laziness to it that viewers find insulting.

If networks want to do a show about technology, digital spaces, and cyber frontiers, then they need to do it well, not spout garbage to an audience that knows better.