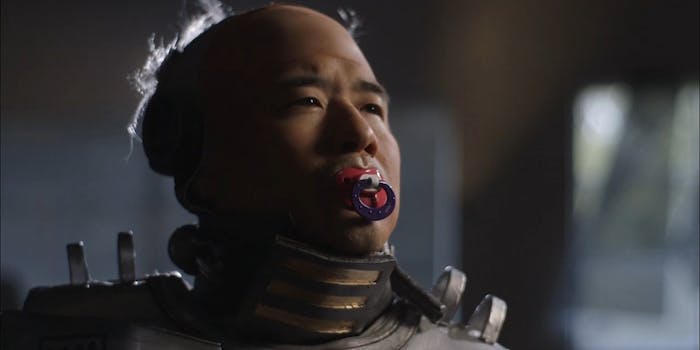 This project differs from fan remakes like the famous Indiana Jones adaptation in that it’s not actually aiming for true accuracy.

The new Robocop reboot isn’t receiving great reviews, but never fear: There are other options.

The crowdsourced Our Robocop Remake is a scene-by-scene copy of the original 1987 movie, with each scene being filmed by a different crew; all told, 50 filmmakers from Los Angeles and New York were involved. But this project differs from fan remakes like the famous Indiana Jones adaptation in that it’s not actually aiming for true accuracy.

Each film crew was told to remake their particular scene to fit into the overall Robocop narrative, but other than that, they had full creative control. Which is why the end result is a feature-length movie that includes an entire scene acted out by toddlers, a dance sequence, multiple types of animation, and a mini-documentary on deconstructionism. It’s also pretty NSFW, thanks to a scene that involves a whole lot of exploding penises.

This isn’t the first project by this production team. In 2009 and 2010, Our Robocop Remake producer David Seger masterminded another crowdsourced remake, this time for classic ’80s teen movie Footloose. Many of the participants came back for Robocop, meaning they already had some experience with the weird but fascinating genre of scene-by-scene collaborative filmmaking.

While a few of the Robocop remake sequences inevitably fall flat, the quick changeovers between filmmaking styles make it well worth viewing all the way through. And it’s almost certainly more of a conversation-starter than the “real” remake that’s showing in theatres right now.