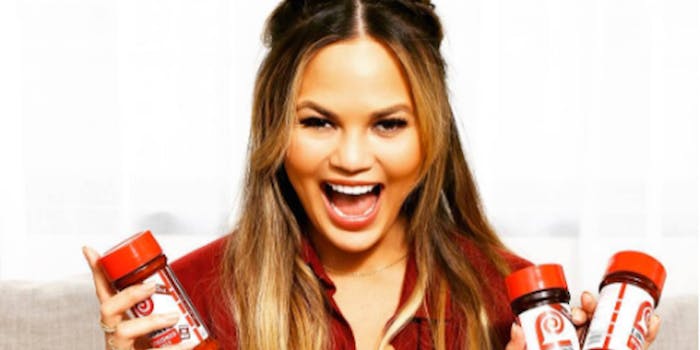 It all started out innocently. After a fan tweeted about going on Amazon to buy a blender, but buying Teigen’s book instead, Teigen offered to mail the girl a blender.

Ima send u a blender dm me your address https://t.co/gVE4B2paJa

It’s part of Teigen’s signature charm: She understands how people use social media and manages to make fans feel special by interacting with them on a personal level.

What happened next is truly next-level, though.

Blender companies took notice of the interaction, starting with Vitamix, which casually followed the model after seeing her tweet.

I DM'ed Amina that I would send her a Vitamix and literally 3 seconds later I got a notification saying @Vitamix is now following. SPIES!?

But almost immediately afterward, NutriBullet threw its hat into the ring, initiating what Teigen lovingly referred to as “BleNdeR WArrrS.”

When a third contender, BlendTec, stepped into the arena, all bets were off.

The blender companies tweeted back and forth with the model for the next hour, touting their sharp blades and fast soup-making speeds, while Teigen quizzed them about their love of babies and Beyoncé.

Eventually Teigen’s newborn daughter woke up from a nap and the blender war had to come to a close. While there’s no word on who won out, we have a feeling she’ll get a ton of swag in the mail from all three companies.