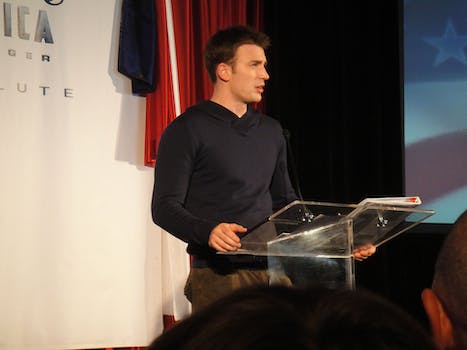 When Captain America faces off against Star Lord, you know it's gonna be serious.

Sports can be divisive. Championship games as epic as the Super Bowl can pit East Coast against West Coast, father against brother, and even Captain America against Star-Lord. That’s right, when it comes to Super Bowl XLIX, there’s a lot more at stake for celebrity BFFs Chris Evans and Chris Pratt than just bragging rights.

On Monday, Evans, an avid New England Patriots fan, took to Twitter to troll his fellow Chris with a bit of trash talk. But given Pratt’s unabashed love of the Seahawks, there was no way he was going to let his team’s honor go undefended.

Of course, Evans, being the gambling man that he is, had to prove he was the bigger man by taking the smack talk to the next level. So he placed stakes on the game. But never fear, these celebrity superheroes aren’t betting anything as petty as cold hard cash or a Lamborghini. Instead, the outcome of the wager is all about charity.

Given how handsome Pratt looks when he’s prancing around children’s hospitals in his Star-Lord get up, we kind of hope the Seahawks lose. But no matter which team ends up walking away with the Vince Lombardi trophy on Feb. 1, the Evans–Pratt charity bet will produce a lot of winners.

Update 3:15pm CT: Looks like Pratt couldn’t resist making a little #DeflateGate joke in his attempt to have the last word.

@ChrisEvans Humiliate my Seahawks? Maybe talk to Brady about deflating your expectations. BOOM! (legion of) You're on sucka. 😊

Stay tuned for reports from both camps after the big game.Photo via popculturegeek/Flickr (CC BY 2.0)