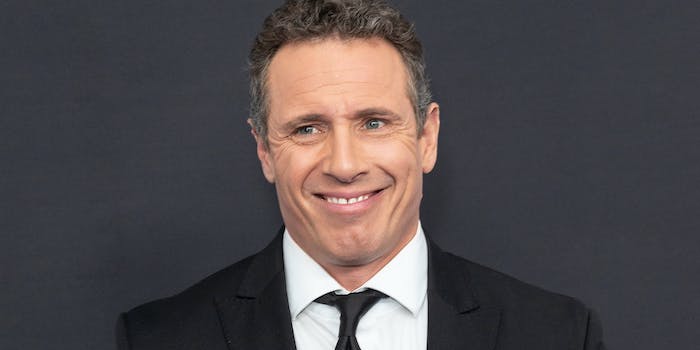 CNN anchor snaps after being called ‘Fredo,’ like from ‘The Godfather’

The top story of “the news” today is that CNN television anchor Chris Cuomo was approached by a man who called him “Fredo.”

Now, I have never watched Cuomo’s show, or seen the movie The Godfather, of which calling someone “Fredo” is apparently a reference too.

This made Cuomo upset. This made President Donald Trump weigh in. This is today’s news.

Here is the video.

Cuomo: "You're going to have a problem"

Man: "What are you going to do about it?"

Cuomo: "I'll fuckin ruin your shit. I'll fucking throw you down these stairs"

Cuomo was upset because he was approached by a man calling him Fredo, which is apparently a reference to a brother in The Godfather who is unpopular or unpleasant. Again, I don’t know. I do know that Cuomo, like lots of people, is a brother. His brother is Andrew, governor of New York.

In the video, Cuomo said being called Fredo was the Italian equivalent of being called the “N-word.” Even without ever having seen this movie, I’m still comfortable in saying it’s not. I, too, am Italian. If someone called me Fredo, it wouldn’t even register. It certainly wouldn’t be a video people blogged about.

Here is the president’s tweet, where he said: “I thought Chris was Fredo also.” Grammatically speaking, it would have been better if he said, “as well,” or “too.” “Too” and “as well” are typically used that the end of a sentence, “also” belongs in the middle.

“I thought Chris also was Fredo.”

“I thought Chris was Fredo, as well.”

The president has also lobbed insults at Cuomo’s brother, which maybe also makes him Fredo?

Has the president seen The Godfather? I don’t know or care.

The president also chose this viral video as a moment to crack a joke and weigh on the gun debate, asking if Cuomo would be given a red flag for his reaction.

Would Chris Cuomo be given a Red Flag for his recent rant? Filthy language and a total loss of control. He shouldn’t be allowed to have any weapon. He’s nuts!

If red flag laws were in effect (New York has them and both Cuomo and Trump live there), the president could go to a judge and show the video and say he was worried Cuomo was a danger to himself or society.

The judge would watch the video, and make a ruling, saying he felt Cuomo was not a threat to society and could keep his weapons (if he has them). Or he would say Cuomo is a threat, and officers of the court would be ordered to remove the weapons from Cuomo until a judge deemed it was safe.