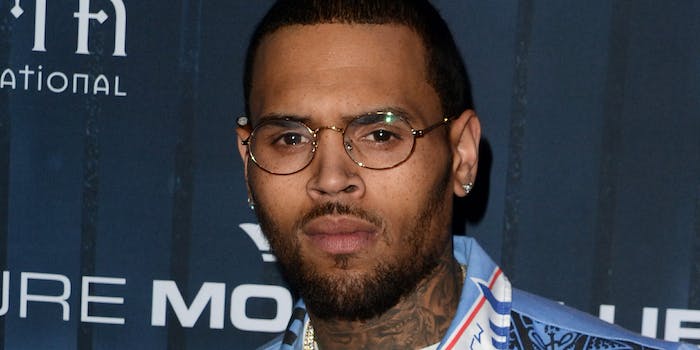 The arrest was for an outstanding, out-of-county warrant.

Felony assault, standoffs with the LAPD, sucker-punching a photographer, and a restraining order: Chris Brown has made more headlines for his criminal offenses than for his music in recent years.

Brown, 29, once again found himself in cuffs Thursday after being arrested following a concert performance. The arrest was for an outstanding, out-of-county warrant from 2017 and Florida news affiliate WPTV is reporting that the warrant is in connection to the paparazzi punch.

According to US Weekly, Brown was booked at the Palm Beach County Sheriff Office around 11pm, shortly after leaving the stage of the Coral Sky Amphitheatre. Brown was performing in support of his “Heartbreak on a Full Moon” Tour.

Brown was released less than an hour later after posting $2,000 bail.

The issue didn’t seem to phase the performer. He posted a photo of the concert to his Instagram account with the caption “What’s NEW🙄????? Show tomorrow!!!! ❤” shortly after his release from custody.

Here’s a comprehensive cheat sheet if you’ve lost track of Brown’s run-ins with the law.