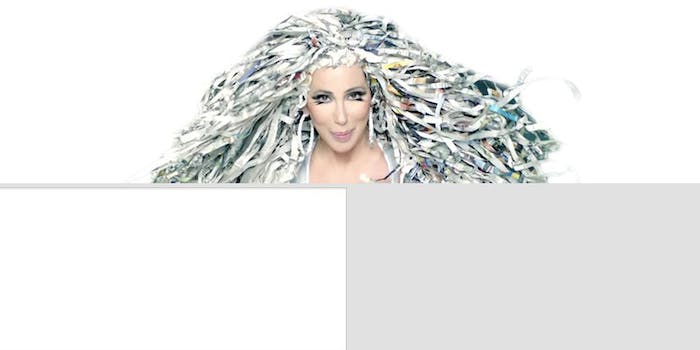 Translate anything into a message only you and Cher can understand

She uses a lot of ellipses, misplaced commas, and incorrect capitalization. But so what? She’s an artist. She can tweet however she wants.

The only problem is it’s hard for her fans to read her pearls of wisdom on Twitter. Until now. This Tumblr “Speak Cher” translates every day English into perfect Cher-speak.

Just type in any sentence and the Tumblr will write it out in Cher’s native tongue — Cher.

The site was created by Rob H. Dawson, who was last seen on Twitter geeking out that the Cher Speaks Tumblr was tweeted by Marie Claire and Elle fashion editor Nina Garcia.

To get an idea of what Cher’s Twitter is like, here’s that sentence above translated into Cher:

“the site was Created by rob h ! dawson .., who was last seen on , Twttr geeking out that the tumblr was twt’d by marei claire ‘n elle fashion editor nina Garcia .”

So accurate, and so illegible, that I believe in Cher Speaks after love.