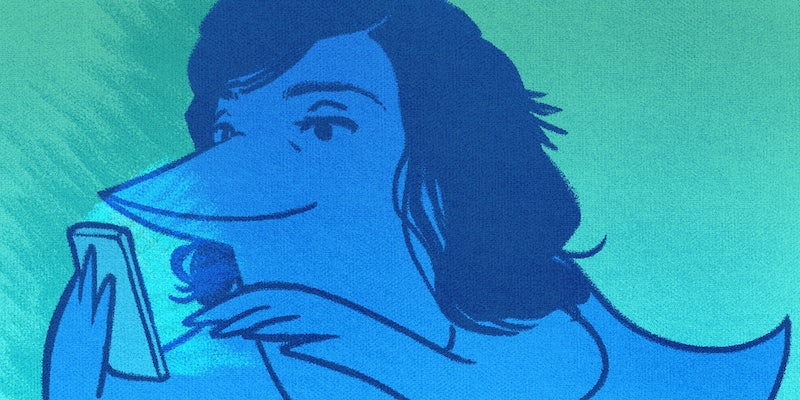 Cher's knocking down chumps left and right on Twitter.

Last week, Cher shared in the eye-rolling frustration of Donald Trump‘s bit of promotional theatre disguised as a presidential run announcement by saying she’d move to Jupiter if he was elected.

Why do Republicans
Let Donald Trump
Run for President ⁉️
What are his Credentials ⁉️
He's Loudmouth Asshole,Who's terrified of Windy Days ‼️

It wasn’t the first time Cher’s called out injustice on Twitter: She’s tenaciously political. Her tweets often read like mind-searing chunks of puzzle-poetry, and her penchant for random capitalization and emoji use has made her the butt of jokes, but maybe you just have to be fluent in Cher to appreciate it.

Is the account really run by Cher? I want to believe. It’s cleaved open a truly wonderful space in the Twittersphere. Here’s a look at some of her greatest hits.

1) In March, she took the wind out of known windbag Piers Morgan when he made a comment about her appearance and age:

2) She had some very controversial thoughts about the Sony hack and release of The Interview back in December:

3) She warned about the dangers of Pinterest, but you wouldn’t listen:

I THINK, HITLER,GOEBBELS,GORING,HIMMLER,& HESS ARE LIVING IN ICLOUD….

When I See a Confederate Flag,
( flying or on a vehicle )
I Wonder……
do they want a
DO OVER ?

8) Maybe she was tossing around album titles?

9) She’s taken a stand for Madonna before:

11) And she let us in on her workout routine:

Been working hard !!
I NOW KNOW EVERY BUTT LIFT KNOWN TO MAN, & A Few Aliens !