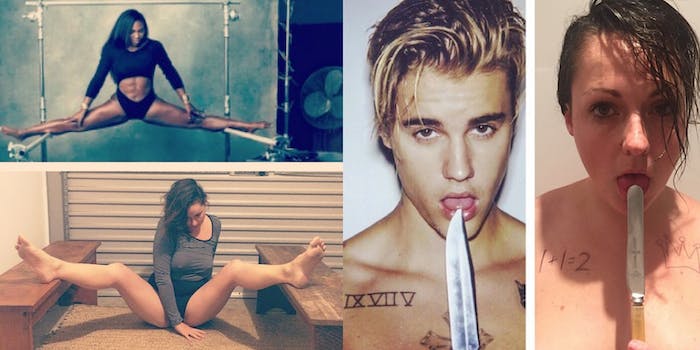 She mimics everyone from Kim Kardashian to Serena Williams.

Everyone knows that some of Kim Kardashian‘s poses are over the top. Now one comedian is taking the voluptuous entertainment socialite and other celebs to task.

Celeste Barber has dedicated her Instagram account to side-by-side photos of stars doing whatever ridiculous pose and her own reenactments. She started it off with the hashtag #celestechallengeaccepted.

And while someone might misread Barber’s parodies as mean-spirited, she wants people to know that she’s “pro-woman.” She respects the most famous Kardashian for being an intelligent businesswoman who knows how to use her assets. But that doesn’t mean she’s spared from being the butt of some of Barber’s jokes.

Thanks @abcnews for the article. #celestechallengeaccepted

You can check out the rest of her hilarious photos on Instagram.