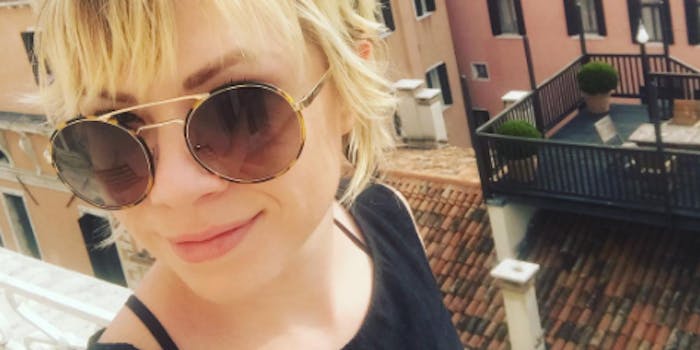 Carly Rae Jepsen is the queen of understanding her own meme

You can’t look at Carly Rae Jepsen‘s Instagrams without noticing a specific phenomenon pretty quickly: Dozens of commenters flood her mentions on every post, calling her “queen” and praising the pop star for whatever she appears to be doing.

Something as innocuous as a snapshot of Jepsen walking in the Los Angeles hills rakes in hundreds of comments, all of them riffing off of the limited content. Jepsen’s sparse caption, “LA hiker — in shock of the heat” serves as a jumping-off point.

“Queen of hiking,” one commenter starts.

“Queen of heat,” a second adds.

“Queen of being in shock of the heat 🔥🔥🔥,” a third continues. As you scroll through the comments, it’s different versions of the same. Queen of summer. Queen of health.

LA hiker – in shock of the heat

She is, to her fans, simply the queen of all that she touches—and they’ve had no problem letting her know it these past few years. But this week, the pop star did them one better by revealing a new title: Queen of knowing about her own meme.

In an interview with Mashable the singer explained her mixed emotions toward the phenomenon:

I don’t know when that started, or why that started, or how! But it’s pretty hilarious. My bandmates have begun teasing me about it. Now, I’ll be leaning on a wall and they’re like, “QUEEN OF LEANING ON A WALL” and I’m like [exasperated tone] ‘Okay, okay.’… I’m actually a little shy about it but it’s sweet.