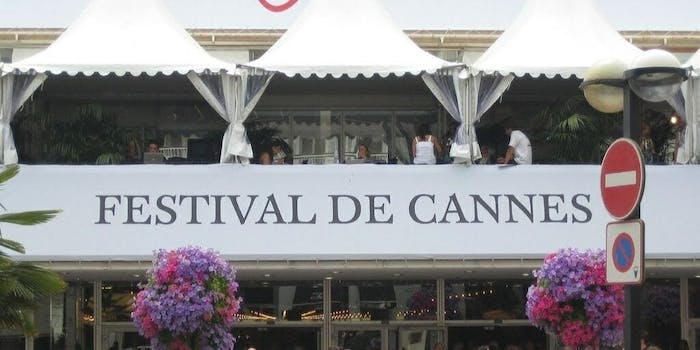 A year after Cannes allowed Netflix to submit two entries to the prestigious film festival, the streaming service giant has been banned from participating for awards in the future.

According to the Hollywood Reporter, the head of the festival, Thierry Fremaux, said he thought he could convince Netflix to submit to the festival’s rules that state each entry must have a theatrical release in France. In 2017, Cannes allowed Netflix’s Okja and The Meyerowitz Stories to be shown and to compete for festival awards.

That’s no longer the case.

“Last year, when we selected these two films, I thought I could convince Netflix to release them in cinemas,” Fremaux told the Reporter. “I was presumptuous, they refused.”

Netflix still will be allowed to show films out of competition, but it won’t be in the mix for the festival awards, such as the Palme d’Or.

The decision last year to allow Netflix’s two movies into the mix was not well received by French filmmakers, but Fremaux said he was willing to take a chance on Netflix to move his festival forward. That’s why Cannes temporarily changed its rules.

“We have to take into account the existence of these powerful new players: Amazon, Netflix and maybe soon Apple,” Fremaux said. “We’ll defend the image of a risk-prone festival, questioning the cinema, and we must be at the table every year.”

For now, though, the fact Netflix releases films only on its own services will disallow it from triumphing at Cannes.