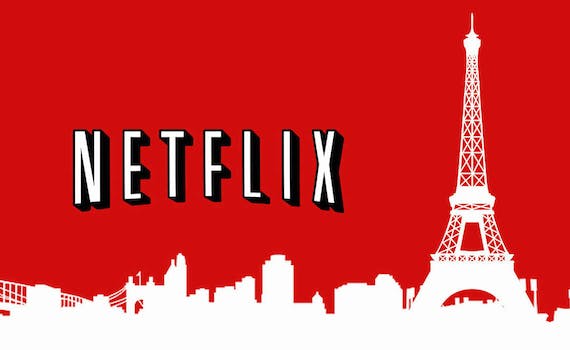 Cannes, Netflix, and the future of something that looks like film

Netflix and Cannes go to war, with no clear winners.

Faced with an outcry from French theater operators and other defenders of their fading film faith, Cannes organizers put in place a new rule requiring that all movies screening in the competition (i.e., eligible for the Palme D’Or or other festival awards) must have a theatrical release. Otherwise, those non-theatrical films will be designated as “out of competition,” typically relegated to lesser-profile corners of the festival, sometimes almost afterthoughts.

In response, Netflix’s content king Ted Sarandos said the change would make the company’s future return to Cannes “less attractive,” and “would affect [Netflix’s] festival strategy around the world.”

Well, yes. That was the point. Mission accomplished as far as the French film champions are concerned. But long term, the French risk being left behind even more than most of the rest of movie business as “film” continues to evolve in a thousand directions far beyond what the Lumiere Bros. were doing more than a century ago.

And yes, some of the Netflix challenges, in the U.S. and France both, are self inflicted. The company prefers to release its film acquisitions simultaneously in theaters and online, in contrast to Amazon, which largely gives its many film acquisitions traditional theatrical runs before coming to digital distribution. U.S. exhibitors frequently refuse to screen Netflix projects as a result, meaning most of its films are available in only a few small chains.

In France, the situation is even worse. The country has strict, even ridiculous, rules on how films are handled.

It bans “day-and-date” releases such as Netflix’s approach, and makes streaming services wait three years after the initial theatrical release before they can show the film. Such limits may protect buggy-whip makers, er, theater operators, but do little to serve a broader audience of either creative talent or the potential audiences who want to enjoy films and other long-form entertainment on a variety of playforms.

Netflix had two films in competition this year, Bong Joon Ho’s Okja and Noah Baumbach’s The Meyerowitz Stories, and both were well received by critics. But the company’s request for a waiver of release rules for the two films was denied, leaving Sarandos to say “we’re going to try some other things that don’t trigger the chronology. But we don’t want to break the rules.”

This was, by all reports, a desultory Cannes festival, even as it tried to celebrate its 70th year. A bomb scare, smaller crowds, machine-gun-toting security forces everywhere, and too few interesting films left many with a severe case of the blahs.

In the New York Times, Manohla Dargis opined, “Among the movies in competition, disappointments abound, and our critic is left scratching her head about why some titles were included.”

And it’s not clear that the French protections for theater owners are doing much to spur a lively French film-production industry. Yes, a few French films and filmmakers have garnered attention in recent years beyond Gaul, but not many.

Michael Haneke, Olivier Assayas, and Gaspar Noe have stirred attention for several of their often-controversial projects. And there’s 2011 best picture winner The Artist and 2013 lesbian love story Blue is the Warmest Color. Roman Polanski, now a naturalized French citizen, has made plenty of notable films, but is more likely in the news these days for dodging a statutory rape case in the United States.

But truthfully, there’s little else of recent note coming out of France. The delightful Amelie has been in the news recently, but only because the 2001 film was turned into a Broadway stage musical.

It’s been a long time since the Nouvelle Vague rolled in, giving world cinema a jolt with groundbreaking works by Truffaut, Godard, Resnais, Bresson, Chabrol, Varda, and others, who pushed the film form forward in a variety of ways.

In 2015, Timeout magazine polled industry insiders and critics and came up with a comprehensive list of the 100 best French films of all time. Only a handful of the top 100 had been made in the previous decade, according to those polled.

It might be unfair to match any country’s current creators against a century of brilliance like that. But what made them so remarkable was their willingness to use the newest techniques and technologies to advance great long-form visual narratives in a thing called “film.”

Now, few French creators seem to be pushing any boundaries, and the industry itself seems determined to remain stuck in its past. It’s too busy protecting exhibitors and jousting with Netflix instead of figuring out how to encourage the new generation of visual creators who need all the spotlights and support they can find, whether it helps a few French theater owners or not.