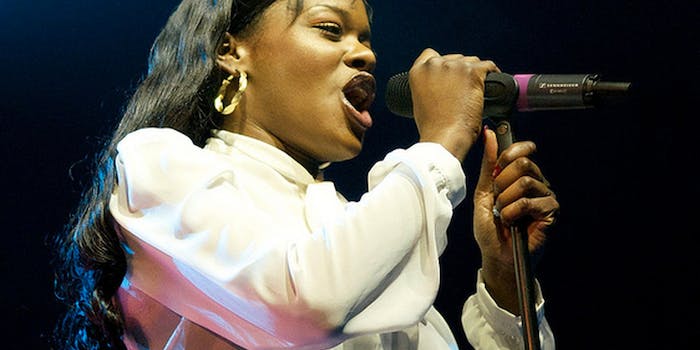 On Twitter
A Twitter war broke out between gossip hound Perez Hilton and rapper/seapunk enthusiast/Tumblr fave Azealia Banks late Friday which left some fans of the rapper angry at her for using the word “faggot.” It began when Hilton took the side of Angel Haze, who dissed Banks in a feud late last week.

Banks tweeted at Hilton calling him a “messy faggot” and using other homophobically laced insults, like “dickbreath” and “gobble a dick.”  Despite fans calling out Banks for her usage of the controversial word, the bisexual singer said her sexuality and the context she was using it in made her usage fine. She defended herself, tweeting “A faggot is not a homosexual male. A faggot is any male who acts like a female. There’s a BIG difference.”

On Sunday, gay rights group GLAAD condemned Banks. “This word is used almost universally by bullies, often as part of a larger verbal or physical assault. This word hurts those kids, no matter what Banks meant by it,” the group stated. Oh, and Banks’ debut album is due out Feb. 12.

On Tumblr
Here’s a picture of Tumblr power user and actor Joseph Gordon-Levitt with his dad at a Los Angeles Lakers game Sunday night. So that’s where JGL gets his perfectly sculpted face. 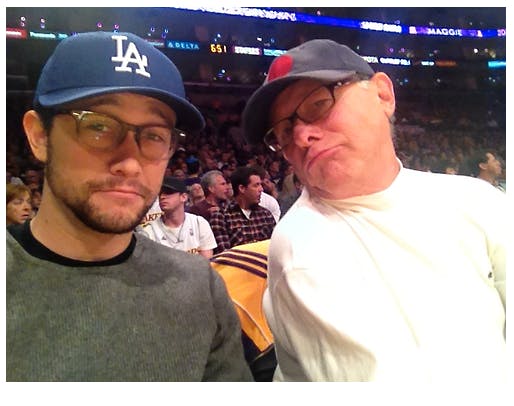 On SoundCloud
Remember Jamiroquai? The British funk band that burst onto the music scene in mid 1990s with the breakout hit “Virtual Insanity”? Well, they’re back! They released a new song called “Lifeline” on their SoundCloud account, and it’s the perfect boogie for your Monday morning.