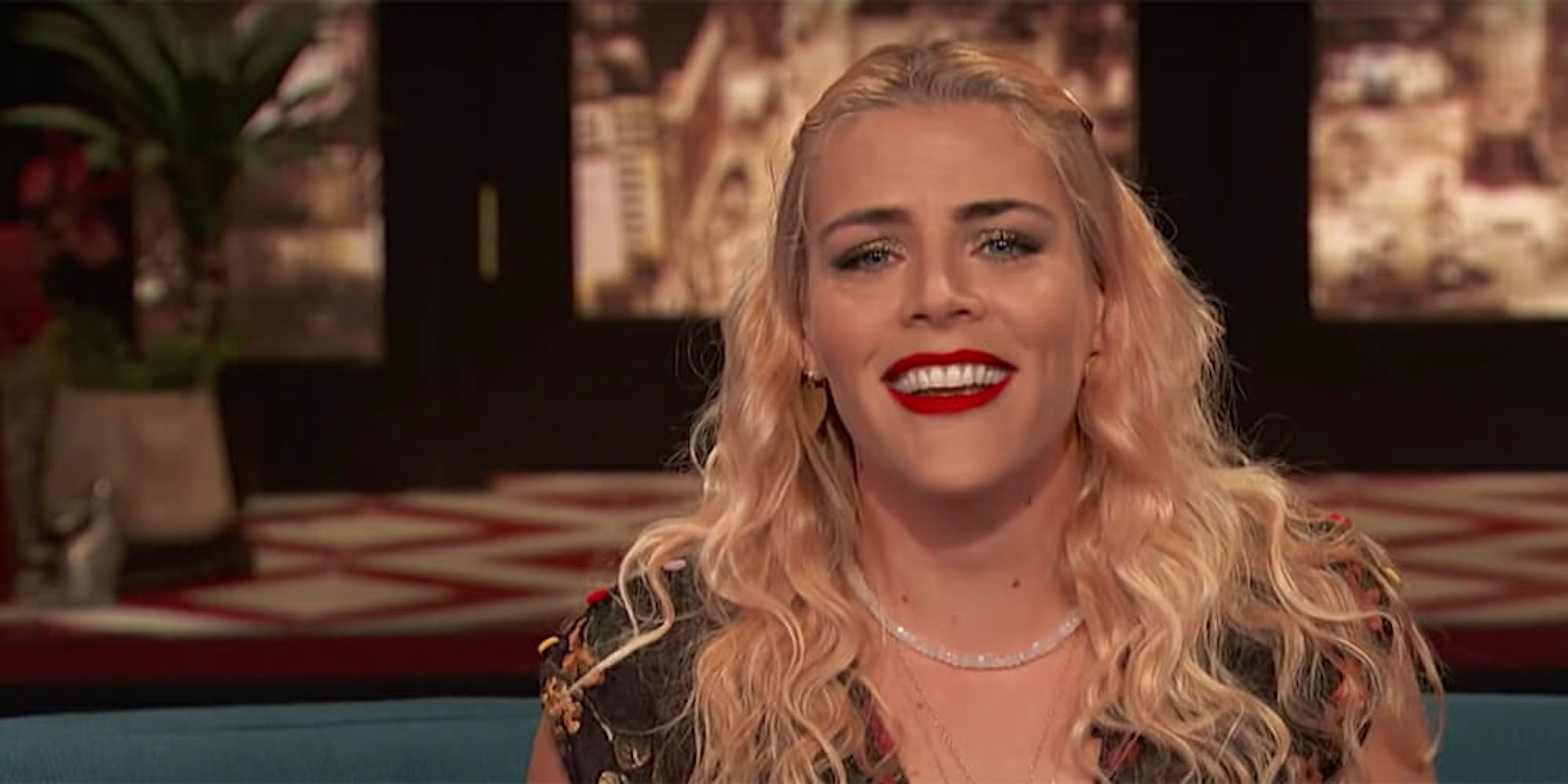 She shared field notes from her 'hustle' at SXSW.

Busy Philipps says the word “vlogger” makes her want to vomit. But, she says, if she was starting her career now, she’d absolutely be one.

At SXSW on Friday, Philipps shared field notes from her “hustle” with Hillary Kerr, author and cofounder of lifestyle brand parent company Clique Media Group. Philipps spoke—as she usually does—candidly, without shying away from topics like money or challenges she faces as a woman in the entertainment business. She also described the trajectory of her 20-year career and how it’s led her where she is now: Hosting late-night talk show Busy Tonight on E!, with a lucrative Instagram side gig.

Philipps said that if American Idol had been around in the 1990s, she’d have competed (and, she insists, made the top 10). And she would have made a career on YouTube, using all the same skills she uses now for the very personal Instagram Stories that have drawn 1.6 million followers to her account.

But since neither American Idol nor YouTube were around in the 1990s, Philipps’ career started with her role as Kim Kelly on Freaks and Geeks. From there, she played Audrey Liddell on Dawson’s Creek, and she said that experience was her first encounter with the pressures to conform to a certain Hollywood beauty standard.

“I was looking to fit in and looking to belong in an industry that at the moment was telling me, ‘You’re not fucking good enough,'” Philipps said.

Over the next years, Philipps faced many more bumps and curves and rejections for her own creative projects ranging from TV pilots to film scripts. In between the setbacks were multiple things that did work, including her role of Laurie Keller on ABC series Cougar Town—and social media.

“One of the things that grew out of my frustration and my boredom and my lack of control was me turning to Instagram and Instagram Stories and finding an outlet and a way to make the content everyday and tell stories in that way,” she told Kerr.

Last year, Philipps made the New York Times’ Bestseller List with her book This Will Only Hurt a Little and started hosting Busy Tonight. She said she was stoned in Palm Springs, California, when she had the idea for her late-night talk show.

There are still plenty of bumps. Philipps said she recently did promoted content on her Instagram account for milk (as in, the beverage), mostly because her daughter loves drinking it. But her followers weren’t happy.

“I found out that there’s big dairy,” Philipps said, “And people are very mad about it.”

And, despite being both the show’s host and executive producer, Philipps said she’s had to take a pay cut for Busy Tonight. She supplements that with paid content on Instagram—and somehow still makes time for her two daughters. She’s not pivoting to YouTube anytime soon, but she’s still finding ways to share her voice. So finally, Kerr asked, “How do you get in touch with your most authentic self and dreams?”

“Like, weed, I guess,” Philipps joked before giving her honest answer: “All of the cliches are true: You can’t be too hard on yourself, you have to give yourself space to create, to figure out what it is you want to say.”