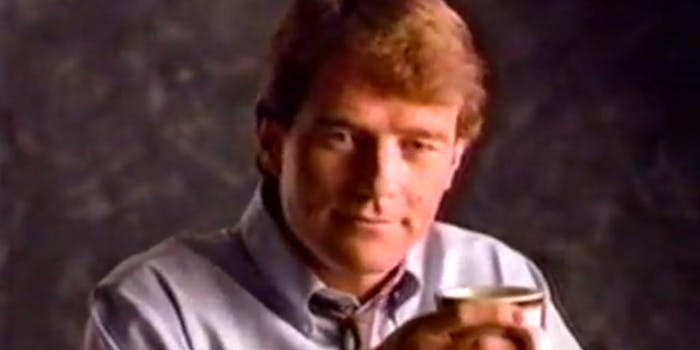 Maybe the meth business was the wrong choice for Walter White.

The commercial should remind die hard Breaking Bad fans of the touching scene between Cranston’s character Walter White and chemist Gale Boetticher in the beginning of season 3. When the two scientists meet for the first time, Boetticher is a bit nervous, rattling off his educational accomplishments before showing off his elaborate coffee setup. To help break the tension, he pours White a cup.

“My God,” White says. “That is the best coffee I have tasted.”