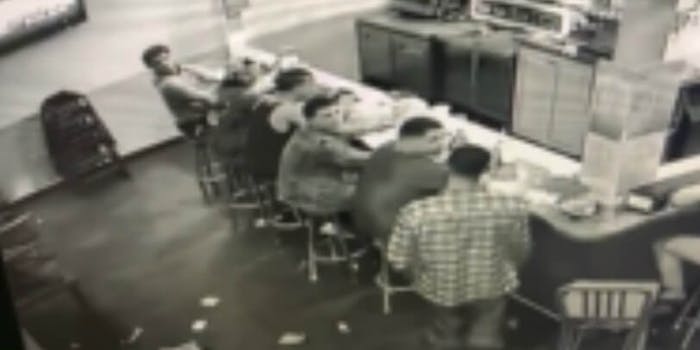 After a video circulated of a very one-sided fight, Brother Nature—Instagram influencer known for befriending animals—took to Twitter to rack up sympathy points from fans and supporters. In the post, he claimed that he was jumped and—making matters worse—received no assistance from onlookers who instead simply recorded the incident.

“I know there’s a video out of me getting jumped, everyone in the pizza shop literally just watched, with their phones out, and did nothing. Oh well.” he tweeted.

Along with the surveillance tape via Instagram, the restaurant owner also alleged that contrary to popular belief, Brother Nature instigated the fight after he was recorded by another patron in the Miami eatery. The restaurant also responded to the claim that no one came to his aid.

“Brother Nature and a female friend of his were angry at someone who recognized him and took a video of them,” wrote the restaurant in an Instagram caption. “They wanted the guy to delete the video. He did not give them his phone so Brother Nature said he wanted to ‘take it outside’. Our employee tries to keep them separated, one inside and one outside.and also we called the police.”

The restaurant owner posted another video that, according to TMZ, happened after the viral parking lot fight video. It’s captioned:

“After a few minutes, Brother Nature comes back, rushing inside the store and starts attacking a totally different guy. Brother Nature started the entire altercation.”

TMZ also interviewed several eyewitnesses that corroborate the restaurant’s retelling of events. Since then, Brother Nature has not been available for comment.