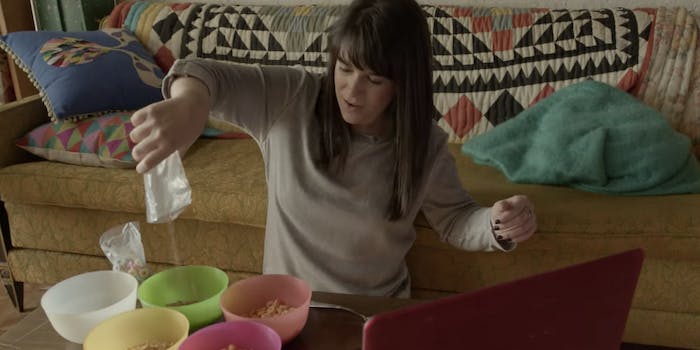 ‘Broad City’ is coming back, so let’s celebrate with this webisode

Millennial slacker series Broad City, this year’s breakout hit from Comedy Central, has its roots in the world of no-budget YouTube shorts—a fact that its co-creators haven’t forgotten.

In the run-up to the show’s second season, slated to kick off in January, Abbi Jacobson and Ilana Glazer have revived “Hack Into Broad City,” a long-dormant bonus series focusing on the pair’s absurd video chats. The new episode finds them sampling an array of cereals, attempting ambitious milk pours, and—of course—smoking heroic amounts of weed.

Since we’re sure this has only doubled your thirst for more Broad City, we recommend checking out the original run of “Hack Into Broad City,” which definitely holds up.

Has anyone ever made a messy life of bad sex, squandered talent, and drug abuse in Brooklyn look this good? Well, maybe. But our hearts belong to these two.