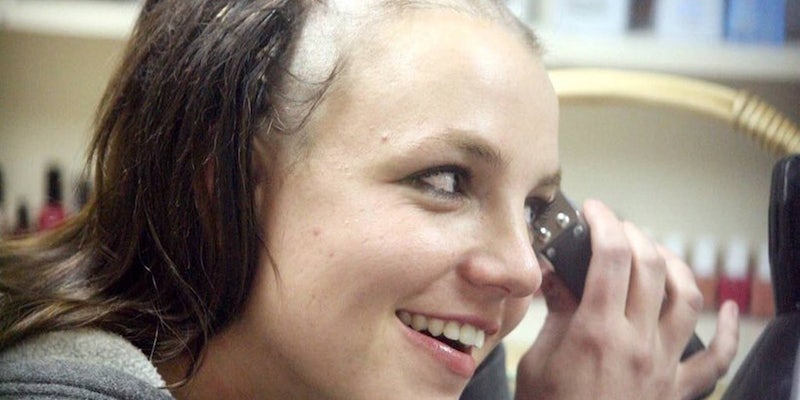 Feb. 16 may hold little significance for you, but if you’re a die-hard Britney Spears fan, today is a day of both grief and triumph. A day an icon fell, and was reborn.

Ten years ago today, Spears had the celebrity meltdown to outshine them all. The one where she. Shaved. Her. Head.

She shaved it all off.

Exactly one decade ago, the legendary Britney Spears invented snatching your own wig. 2/16/2007 pic.twitter.com/b7Mr7CjZWR

According to Tumblr PopCultureDiedin2009, when the paparazzi outside of the salon asked Spears why she’d shaved her head, she told them, “Because of you.”

The Tumblr also chronicles the week when Spears went bald, and the aftermath. Young Spears was seen partying in a bikini, checked in and out of rehab for less than 24 hours at a time, twice, and most importantly, took an umbrella to Kevin Federline’s car without a single hair on her head. 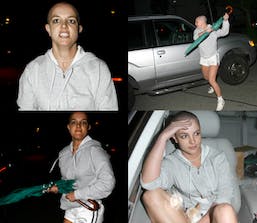 By Feb. 22, Spears checked into rehab a third time, at Promises, where she would stay for nearly a month.

Looking back at this epic moment in pop culture history we can’t help but be stunned by the beauty of her journey. In fact, it’s downright inspirational.

Some have even used it to share a political message.

''If Britney survived 2007, we will survive this'' pic.twitter.com/f7xO6oK3Je

As for Spears herself, today the star is thriving. She has a successful new album under her belt, and a Vegas residency that has earned north of $100 million.

Sometimes you just have to burn it all down and start again.