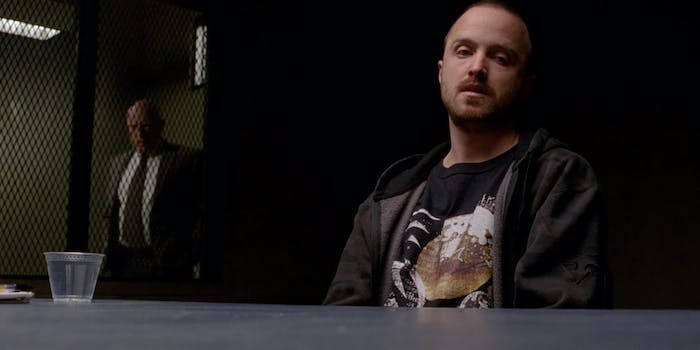 Just as Breaking Bad appeared to be settling into its fate as “classic TV” that only went off the air six years ago, rumors of a movie have been revived.

Deadline reports that a Breaking Bad movie will debut on Netflix and AMC, perhaps signaling a bigger deal between the two platforms, or at least something more experimental. Deadline says that Netflix could potentially get first airing, with AMC getting second. The Hollywood Reporter claims that the movie will be a sequel and focus on Aaron Paul’s character Jesse Pinkman. A previous description of the project hinted at a kidnapped man trying to get free and a project code-named Greenbrier started shooting in New Mexico in November, as reported by the Albuquerque Journal.

Netflix hasn’t confirmed anything yet, but the platform did keep the show in the conversation after it ended in 2013; Breaking Bad became one of Netflix’s most binge-friendly shows, and also aired its spinoff, Better Call Saul. There’s no word yet on what the plot will be or which characters will be pulled away from Twitter for the film.