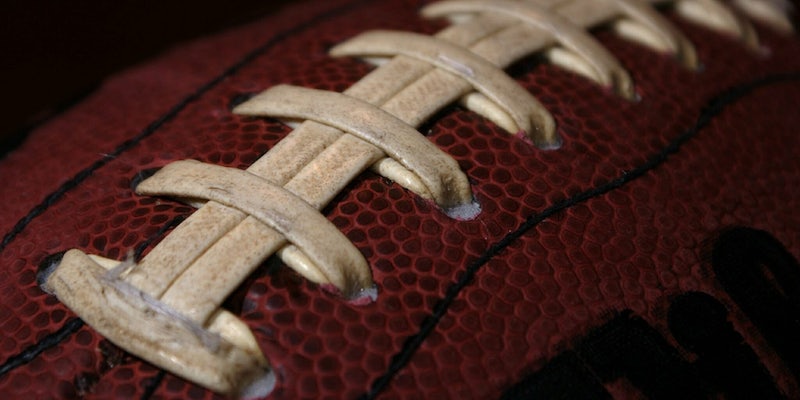 As FanDuel-DraftKings merger looms, a new fantasy app for the rest of us

When it comes to the notion of DraftKings and FanDuel merging, Stephen Murphy is indifferent. Even though the federal government says that combining the two daily fantasy sports sites into one would give 90 percent of the market to one huge company, Murphy, the CEO of Boom Fantasy, said the merger’s approval or its dismissal won’t affect what his site is trying to accomplish.

How it will affect the DFS industry as a whole is unclear, though. This week, the FTC filed an injunction request to stop the merger, and if the union isn’t eventually approved. This puts Murphy in a tricky position.

“They have lost and are still losing quite a bit of money,” Murphy told the Daily Dot. “They need to figure out a business model that works. They need to find a product that gets some positive cash flow, because they’re stretched a little bit… I think it will be interesting to see if one of them goes out of business or if one of them gets acquired by someone else for pennies on the dollar.”

Making matters potentially worse for the two major sites was the Axios report this week that stated DraftKings had a $92 million operating loss on $160 million in revenue for 2016. Though that was a large improvement from 2015—when DraftKings had a $509 million operating loss with $89 million in revenue—those numbers could be concerning for the DFS industry.

But they’re not to Murphy, and here’s the reason why. Boom Fantasy is all about the site’s users having fun, something he says the two biggest DFS sites simply can’t accomplish. Murphy said that limits their abilities to expand into the mainstream culture and, thus, make money.

“DraftKings’s and FanDuel’s appeal is to those who love analytics,” Murphy said. “That’s great for them. But it doesn’t really translate to a mass market appeal. They spent a lot of money thinking it would. We have a mix of people who play every day and some who want to play (occasionally) with just a few dollars. We do have a model that appeals to both. The hardcore people are the ones who really like the analytic stats. But they’re just not enough of them to make FanDuel or DraftKings as big as they want to get.”

While FanDuel and DraftKings dominates the DFS landscape, Murphy said he’s more focused on building a product that’s simple and one that his customers love.

While those who use DraftKings and FanDuel must set their own daily lineups—which means the user has to keep up with the sport on a near daily basis or they must spend part of their day researching the best options—Boom Fantasy makes it easier to play, especially for a user who’s not hardcore.

The premise for Boom Fantasy is that you’re asked as many as eight simple questions (“Who will score more points tonight? Steph Curry or LeBron James,” for example) to help you set your lineups. Then, based on your answers, you earn or lose points. You win the most number of points, and you win the cash.

Murphy compares his site’s format to Candy Crush, a very simple design that would appeal to millions of people.

“FanDuel and DraftKings are the opposite of that,” Murphy said. “It’s so complex and layered. It’s deeply entertaining to a few, but not entertaining enough [for mass appeal].”

Boom Fantasy operates on a much smaller scale than DraftKings and FanDuel. While DraftKings announced earlier this year it had raised another $100 million, Boom Fantasy recently closed a round of fundraising that gave it $2 million. In 2016, Boom made $50,000 in revenue and Murphy told Forbes in May that the goal for 2017 was to make $500,000 in revenue. On Thursday, Murphy told the Daily Dot that the $500,000 mark now looked conservative.

“We feel very good about where we are,” Murphy said. “But it still feels like David vs. Goliath.”

It might feel even more like that, though, if the merger eventually is approved. But if the merger doesn’t go through and one (or both sites) don’t survive, Murphy acknowledges that there will be “a lot more oxygen in the room.”

“We’re at just such a different stage than FanDuel and DraftKings,” Murphy said. “We’re smaller and newer… We’re growing with a product that’s different.”