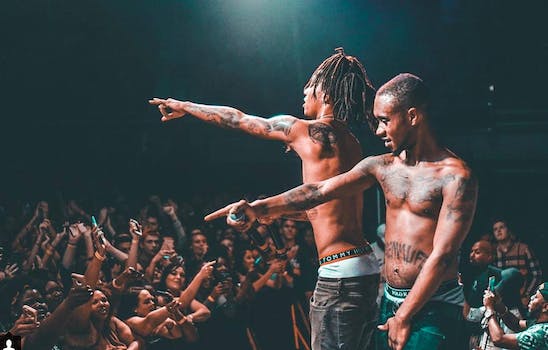 That song is a real crowd pleaser.

Thanks to the extremely popular Mannequin Challenge, “Black Beatles” is the No. 1 song on Billboard‘s Hot 100. Recently at No. 9, the song surpasses the Chainsmokers’ ubiquitous “Closer.”

The Rae Sremmurd track, featuring Gucci Mane, was released in September but did not gain momentum until after becoming the theme song for majority of Mannequin Challenge videos. In the clips, subjects stand frozen in place while “Black Beatles” usually serves as the soundtrack.

Rae Sremmurd took part in the trend themselves when they hosted their own Mannequin Challenge while performing “Black Beatles” at their concert on Nov 3.

Tons of celebrities have joined in on the Mannequin Challenge, using “Black Beatles” as the background music. Some of the most memorable have been from Paul McCartney, Hillary Clinton, and a Michelle Obama/Cleveland Cavaliers duo.