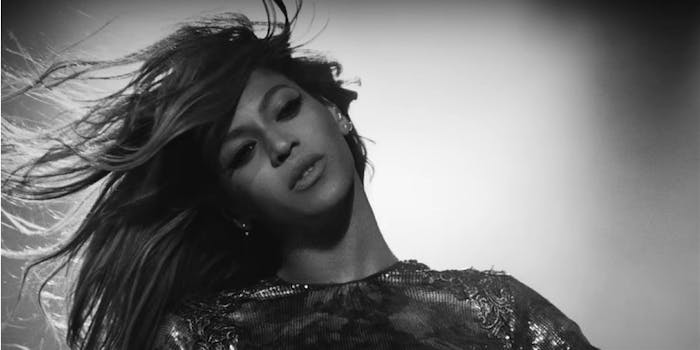 Fans obsessed over Beyoncé’s nail change, but it was some sleight of hand

She still nailed it.

Beyoncé‘s Coachella performance was historic and filled with reunions and a rearranging of hits. It was a two-hour set that leaned on the details, and fans couldn’t help but obsess over one.

There were several set changes during Beychella, but eagle-eyed fans also noticed that she apparently managed to change her nails, too, at least from photos circulating online. They analyzed every angle, trying to figure out how she did it.

So am I the only one who noticed when @Beyonce went to change outfits she changed her damn nail polish? We don’t deserve her! @coachella #coachella #beychella pic.twitter.com/R27kQ5lIBs

However, Beyoncé’s publicist apparently asked news outlets to only publish approved photos from Coachella and not fan pics. Approved photos also appeared on her official website. BuzzFeed went down the nail-change rabbit hole and concluded that several shots that appeared on Beyoncé’s Instagram were posted before her set even started, so they would have to be from the dress rehearsal, which was either earlier in the day or on another day.

The fact that many people believed Beyoncé could pull something like this off is a testament to her power. But there were more important things to analyze, like the fact that Beyoncé was the first Black woman to headline the festival in its close to 20-year history.