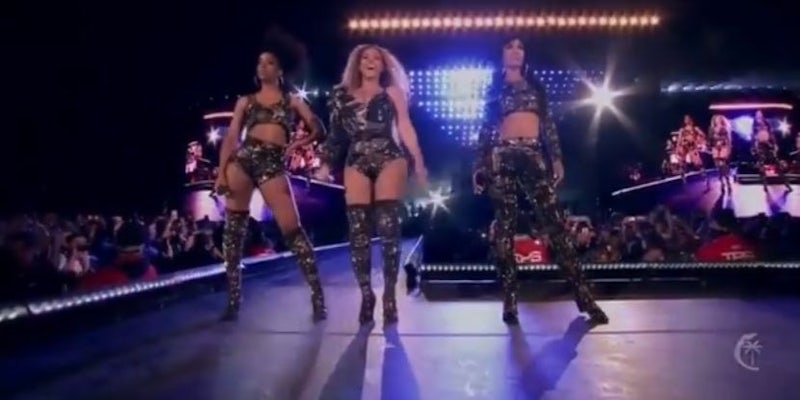 Beyoncé reunites with Destiny’s Child for smashing performance at Coachella

The reunion was on fire.

One year after Beyoncé had to skip the headlining spot at Coachella because she was pregnant with twins, she more than made up for her absence on Saturday night.

She reunited with Destiny’s Child for a three-song set and brought out another special guest—her husband Jay-Z.

As she noted during her set, Beyoncé was the first Black woman to headline the music festival that’s closing in on two decades of existence. But on Saturday, she was happy to share the stage with Kelly Rowland and Michelle Williams for the first time since Destiny’s Child Super Bowl reunion in 2013.

And if you love Destiny’s Child and/or Beyoncé, it was everything you could have wished for, as the trio ran through a quick setlist of “Lose My Breath,” “Say My Name” and “Soldier.”

That wasn’t the only cameo, though, as Jay-Z and Beyoncé performed “Déjà Vu” together.

For Beyoncé, it was about a night of reunions—and a night of history: “Thank you Coachella for allowing me to be the first Black woman to headline,” she said. “Ain’t that ‘bout a bitch?”