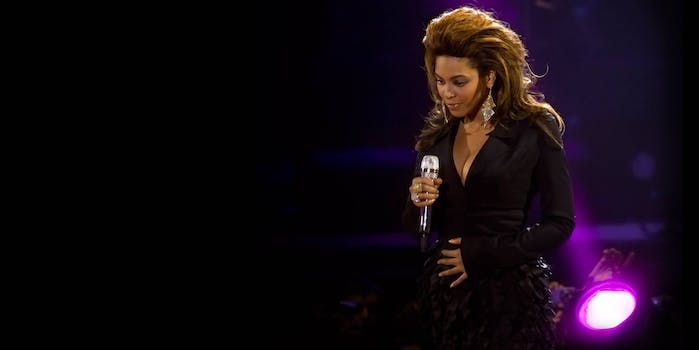 What’s your worst nightmare? If you’re a Beyoncé superfan, getting your hands on tickets, then fumbling away your opportunity to see her live in concert is probably pretty high up there. While not as bad as death, disease or famine, it’s about as harrowing as a case of mistaken scheduling gets. So close, so sad!

That’s exactly what happened to one hapless British woman this week. As BuzzFeed’s David Mack detailed on Sunday, a 34-year-old woman named Tammy (who asked for her last name to remain private, presumably fearing the wrath or mockery of the internet at large) got a little tipsy on Thursday and made a pretty awesome impulse buy ? tickets to Beyonce’s “The Formation World Tour” at Wembley Stadium, at the relatively low price of $60. She snapped up tickets for herself, her husband, and her son.

All that was left was to attend the concert on Sunday, and be blown away by the Queen herself! Alas, Tammy was mistaken. She actually bought tickets to Saturday night’s show, meaning that while en route to the stadium on Sunday, a glance at her tickets gave her one of the worst surprises of all time.

Tammy pleaded with Ticketmaster on Twitter, hoping there was some way to set her situation right, but sadly, there wasn’t. Outside of trusting a ticket scalper—which she ultimately opted against—she was locked out of Wembley, and thus locked out of Beyonce’s mega-hit, award-winning tour.

As she herself noted, she had just one job, and that was to get to the stadium on time and on the right day. It’s precisely the kind of innocent mistake anyone could make, given a couple drinks and a last-minute live event ticket purchase, though. As she told BuzzFeed, she now strongly advises against getting drunk before making those decisions.

Here’s hoping Tammy and her family do find a way to see Beyoncé at some point, because if that’s a once-in-a-lifetime miss, then damn it must sting. Then again, ’tis better to have lost Beyonce tickets than never to have had them at all, right?