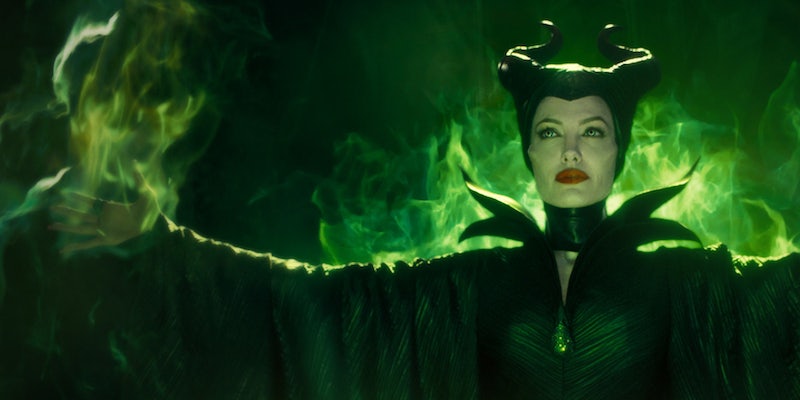 The only problem is, witch one to watch first?

The magic movie cannon will be getting another new title this April: Fantastic Beasts: The Secrets of Dumbledore. While some fans are excitedly anticipating the third installment in the Fantastic Beasts series, others want to get their fix for wizardry elsewhere in light of the controversy surrounding the film’s creator, JK Rowling. Whether you’re skipping Fantastic Beasts or simply can’t get enough magic movies, this list has plenty of options for you.

The best magic movies (that aren’t Fantastic Beasts) to stream

1) A magic movie for the whole family – Stardust

Neil Gaiman is one of the best fantasy writers of our time. It’s no surprise, then, that the film Stardust, based on Gaiman’s book by the same name, is one of the best magic movies out there. Stardust has something for the whole family to enjoy: romance, a quest to collect a fallen star, humor, and, of course, plenty of witchcraft.

Set in 19th century Vienna, the Illusionist brings two types of magic together: the work of a magician and the magic of romance. Edward Norton plays Eisenheim, a magician in love with a woman far above his class standing: Duchess Sophie von Teschen. This puts Eisenheim at odds with the Crown Prince, which is a dangerous position to be in. While Essenheim wows crowds with his act and his ability to communicate with the dead,  the Crown Prince is less amused – and is all too eager to punish him.

3) A magic movie for the little ones – Mary Poppins Returns

The story of Mary Poppins has been enchanting children for decades. It’s no secret why. The beloved nanny brings magic, wonder, and joy into the lives of a family who was very far from those things. The magic of Mary Poppins returned once again in 2018 for a remake of the classic film. With Emily Blunt and Lin-Manuel Miranda at the helm of the film, it’s nothing short of Supercalifragilisticexpialidocious.

Hocus Pocus might be a Halloween movie, but I believe that there’s never a wrong time of year to enjoy the mischief of our favorite witches. The 1993 film stars Sarah Jessica Parker, Bette Midler, and Kathy Majimy as a coven of evil 17th-century witches who accidentally get resurrected into the 20th century by a couple of unknowing kids. If the kids don’t steal the witches’ spellbook in time, they’ll become immortal and wreak havoc on the town forever!

Whether you love it or hate it, Willy Wonka & The Chocolate Factory is a classic movie that one cannot escape childhood without seeing. Whether you’re drawn to the promise of “Pure Imagination” or the image of Violet Beauregarde turning into a human blueberry haunts your nightmares (like some members of my family), Willy Wonka is nothing short of the most memorable magic movie

6) Best magic movie based on a book – The Chronicles of Narnia: The Lion, The Witch, and The Wardrobe

When it comes to magic movies, many of the best ones ever made have been inspired by book series. Take the Lord of the Rings, Harry Potter, and Dune for example. The Chronicles of Narnia is a seven-novel series penned by C.S. Lewis that’s enjoyed by children and adults alike. The Narnia books have been adapted many times, but the best movie remains Disney’s 2005 The Lion, The Witch, and The Wardrobe.

In perhaps Disney’s best live-action film to date, Angelina Jolie plays a magnificent Maleficent. The long-feared villain from Disney’s Sleeping Beauty is finally given a backstory, and it’s one that’s filled with broken innocence, heartbreak, and plenty of magic and curses. Maleficent’s story also puts a fresh spin on what true love really means.

Directed by Martin Scorcese and starring Sacha Baron Cohen, Christopher Lee, and Richard Griffiths, the 2011 film adaption of Brian Selznick’s The Invention of Hugo Cabret is an excellent example of the magic of cinema. The film was nominated for eleven Academy Awards when it came out and won five. Fittingly, two of those were Best Cinematography and Best Art Direction.

Disney movies have no shortage when it comes to the thrills of magic. While almost any Disney animated film could be a contender for a must-see magic movie, Aladdin remains the best. Aladdin, Jasmine, and the Genie are some of Disney’s most unforgettable characters, and who doesn’t love seeing the magic carpet?

10) Best magic movie for a date night inside – Magic Mike

Forget the witchcraft, genies, quests, and curses. Sometimes magic can have an entirely different meaning: say, Channing Tatum, Alex Pettyfer, Matt Bomer, Joe Manganiello, and Matthew McConaughey, playing a bunch of male strippers in Magic Mike. Set the kids up with a movie from the rest of the list, then settle in for a night of romance and g-strings.