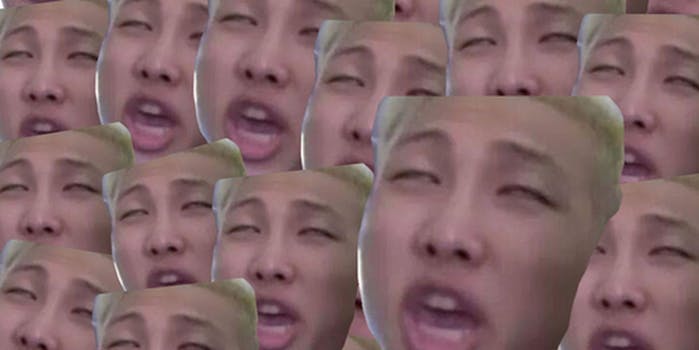 The secret world of K-pop memes

Whether they get weird or keep it simple, K-pop memes knit the fan community together.

The memes within a fandom act as the doorway into a secret society. By combining beloved characters with jokes so obscure that only the most faithful of fans get them, being in the know is your membership card—and giggling about it with others who get it is like keeping a wonderful secret from the world.

Some K-pop memes are based on a sentiment that’s relatable to everyone, which can sometimes make them get popular. It’s thrilling for a fan to see their idols floating around in the mainstream, as we’re giggling behind our hands. This GIF of Jessica from Girls Generation still pops up regularly on Tumblr and Reddit from people who don’t seem to be K-pop fans. Of course, it’s also funny.

While seeing these in the wild always makes fans feel a bit sparkly, you have to go a level deeper to reach the subsect of K-pop memes that come from teenagers who relish the elite status of liking the music. Many of the memes have an air of rebellion, as if listening to music in another language is a choice they are sworn to defend. 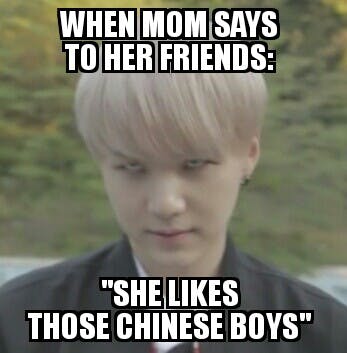 In this category, the memes act as a way to relate to other fans, as well as to express frustration. They’re light and funny, and they pluck the strings of “I know that feel bro.” Camaraderie memes are easily shareable too, which is why they can be found all over Tumblr and other meme repositories. Fans are always delighted when someone else gets it.

As fun as these memes are, they pale in popularity next to those that have roots in real life events. One example is “yehet,” a meme that bloomed after boy band Exo‘s Oh Sehun appeared on a reality show with the rest of the band. After winning a game played among the members, Sehun exclaims something between “yay” and “hey,” but “yehet” is what comes out instead, and the other members laugh at him. 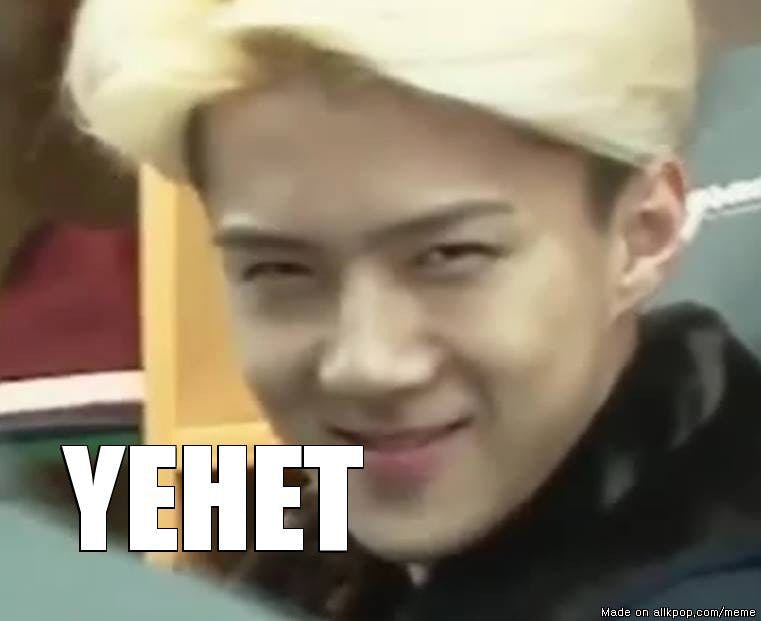 At a glance, yehet hardly seems funny, just like many memes outside of the K-pop world. However, fans latched on and morphed it into dozens of variations, and have even made their own fan art around the word.

Saying “yehet” to any Exo fan is an invitation to become friends.

For many fans, these deeper memes foster a sense of imaginary intimacy between them and their idols. They will likely never have the kind of relationships with them they might fantasize about, but watching their online broadcasts and V app appearances studiously shows that they are “real” fans, especially if they’ve kept up with a band from the beginning. Knowing their idols well doesn’t just signify their dedication, but deepens the enjoyable illusion of the relationship between fan and idol.

While most K-pop memes make sense with a bit of explanation, some are plenty weird. These are some of truest in nature: Memes that cannot be explained, but strike some chord of enjoyment in people anyway.

Take boy band BTS’s best-known meme: Leader Rap Monster tells younger member Park Jimin that he’s “got no jams” in a video, causing rapper J-Hope to laugh and make fun of Jimin. Fans ran so hard with the joke that management had to ask fans to stop bringing jars of jam to give the boys at fan meetings.

As much as it is a funny moment, when a fan screencapped Rap Monster’s face at an unfortunate moment in the video, the joke went deeper. 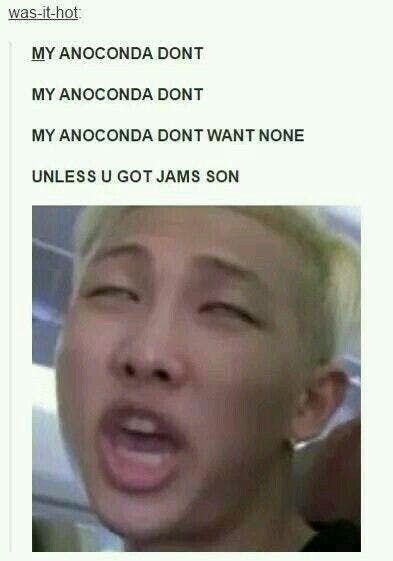 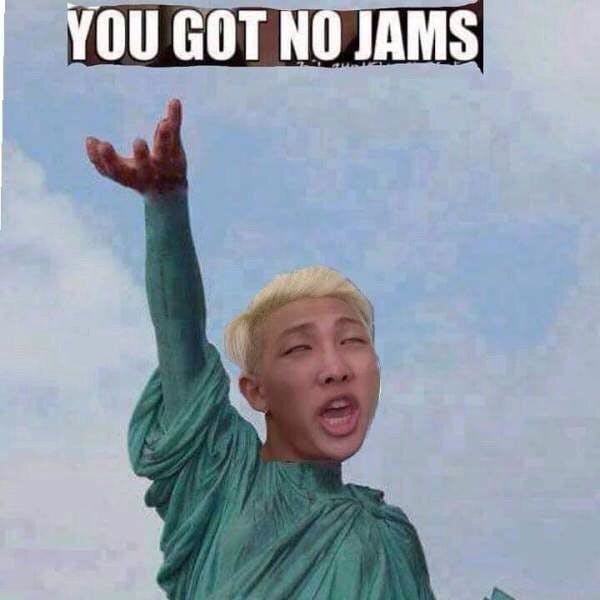 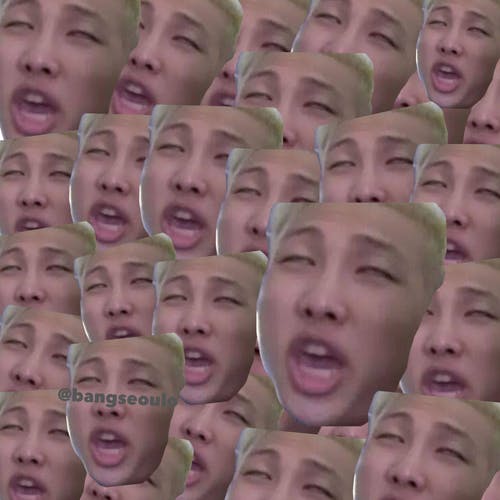 Whether they get weird or keep it simple, K-pop memes knit the fan community together. They are a great deal of fun to read, and getting one you made re-blogged is everything.

The memes offer fans a space to laugh at idols, or with them, or feel closer to something that makes them happy. It’s a good place to be, except for the NCT fandom, which you might want to steer clear of unless you’re in grade school. 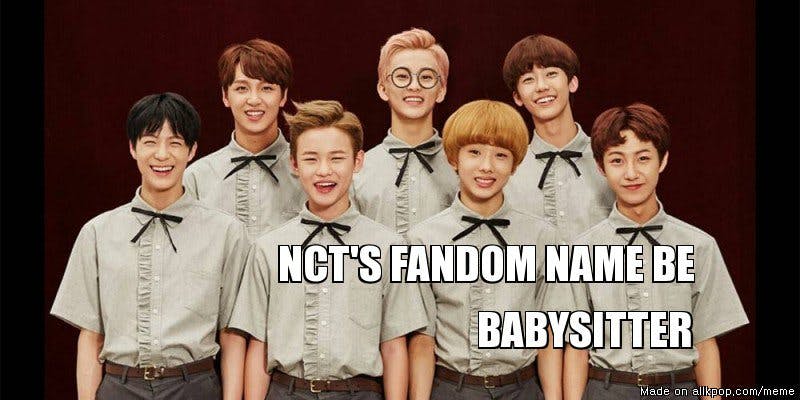