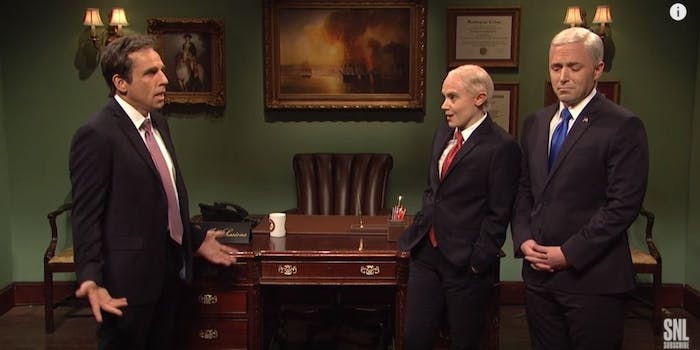 And then he faces an interrogation by Robert Mueller played by one of the most famous actors on the planet—and a longtime film adversary of Stiller.

At the beginning of the sketch, Stiller walks into a meeting with Vice President Mike Pence and Attorney General Jeff Sessions and says, “That’s right, it’s Michael Cohen, attorney at law … And sometimes not at law.”

Stiller as Cohen bemoans the fact the FBI raided his office and exclaims, “We’ve got a real problem here, Jeff. You know how much evidence I have in my office? I’m Donald Trump’s lawyer. I have a whole hard drive that’s just labeled, ‘Yikes.’”