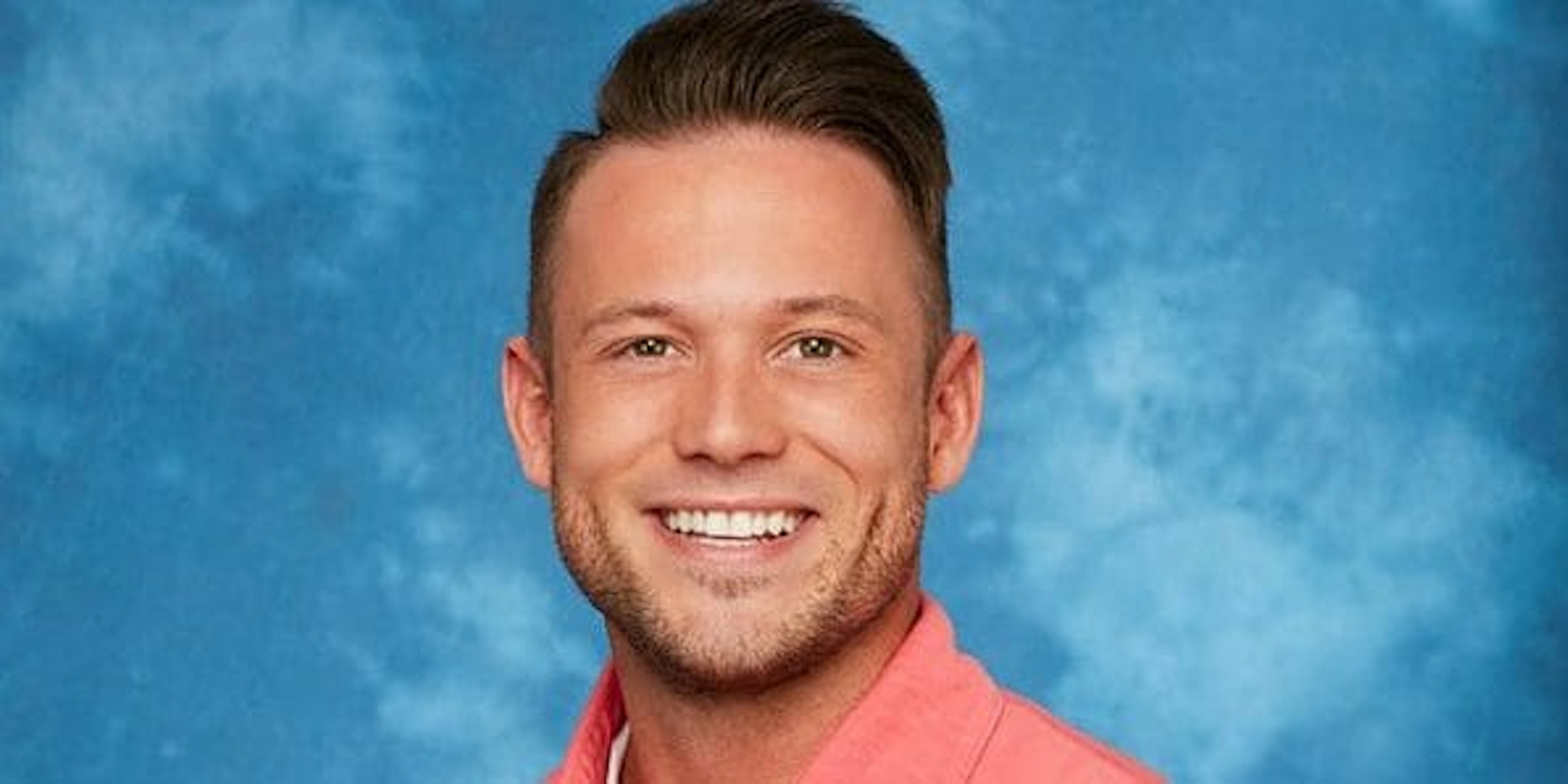 Turns out he is not a fan of Islam or the NAACP.

Not everyone may be following the 13th season of The Bachelorette, but one contestant definitely set himself apart from the pack this week.

Current Bachelorette Rachel Lindsay is the first black woman to look for love on ABC’s long-running series, and judging by contestant Lee G.’s newly discovered Twitter account, he might not be her perfect match. The 30-year-old songwriter from Nashville (whose full name is Lee Garrett) has tweeted about a wide variety of topics over the years, including Black Lives Matter, women, and Islam, and he definitely has strong thoughts.

“What’s the difference between the NAACP and the KKK?” Garrett asks in one 2015 tweet. “One has the sense to cover their racist ass faces.”

“I don’t hate Muslims,” he announces in another. “I do hate Islam.”

“The Orlando terrorist was a devout muslim and a registered democrat,” Garrett pointed out days after the 2016 shooting.

He has since set his account to private, but people rounded up plenty of screenshots before the cutoff:

It seems impossible that ABC wouldn’t have vetted this guy’s tweets before casting him, which raises the question: Why cast him at all if not for this exact media frenzy? It feels like a plot from UnREAL, a scripted series that spoofs reality TV dating shows.

Let’s hope Rachel doesn’t need a Twitter backlog to pick up on these vibes.