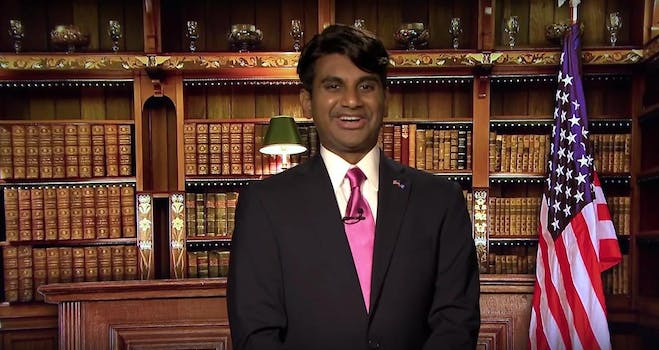 Aziz Ansari’s Bobby Jindal impression is something to behold

He’s just happy to be here. Stunned, even.

Bobby Jindal is finally getting the TV portrayal he deserves.

Jimmy Fallon, whose Donald Trump impression is only getting better, brought on Aziz Ansari to play the Louisiana governor, and, well, he’s just excited to be here. He’s finally getting on national television, he’s polling at two percent—a 100-percent increase from where he used to be—and he’s just thrilled not to be talking to C-SPAN at 2am. You know, right before those Nutribullet infomercials start running.

As “Jindal” put it, even people who originally thought he was actually on The Big Bang Theory support him now.

It’s all coming up Bobby—at least, according to Jindal.

With 14 GOP presidential candidates remaining in the race, Fallon is quickly creating his own Saturday Night Live-like rotation of comedic guests portraying the politicians. And while he could probably borrow some folks from Studio 8H, we can’t wait to see who comes on next.