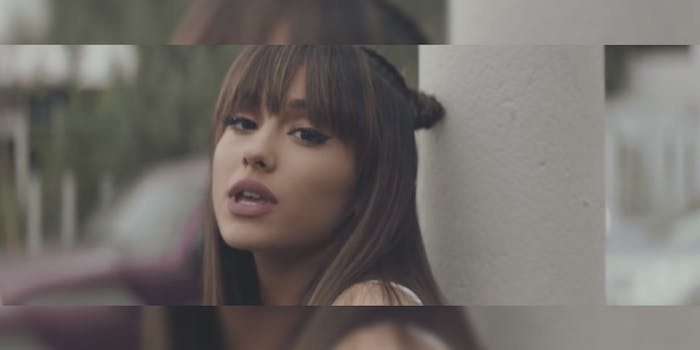 The claims are so far unsubstantiated.

Less than two days after the Manchester bombing that killed 22 people and injured 59 others during at the conclusion of an Ariana Grande concert, Twitter fan accounts for Grande allege the performer has offered to pay for the funeral services of those killed in the bombing.

Over the past 36 hours, Grande fans have rallied around the victims of the attack and the Dangerous Woman singer herself on social media. Between sharing messages of love with photos of victims posted by friends and family, Grande fans have used the hashtag #ItsNotYourFaultAri to help Grande with the guilt she may feel in having hosted a show that led to death and injury.

However, one message among the grief and well wishes has floated between fan accounts: that Grande has reached out to the families of the Manchester bombing victims, and has offered to pay for their funerals.

The unsubstantiated rumor has traveled through Twitter over the last 12 hours, even reaching accounts of those who respect Grande’s work from afar.

Ariana Grande contacted all those whose loved ones have died during the Manchester attack & is going to pay for the funerals,She's so nice 😪

Ariana Grande is paying for the funerals. This young lady did NOTHING to deserve this. She is all class. I'm heartbroken for her.

These claims have yet to be confirmed through DailyMail.co.uk and Cosmopolitan.com and, as seen in reporting of tragic events, early reports can often be incorrect. TMZ reported yesterday that Grande, who is scheduled to perform in London on Thursday and Friday, has postponed her “Dangerous Woman” tour indefinitely. However, according to the O2, the London venue at which Grande is scheduled to perform, the tour has yet to be officially postponed or canceled.

Thanks to everyone who has been in touch. We understand and appreciate you are waiting for information as to whether the…

The Daily Dot has reached out to Scooter Braun, Grande’s manager, for comment.