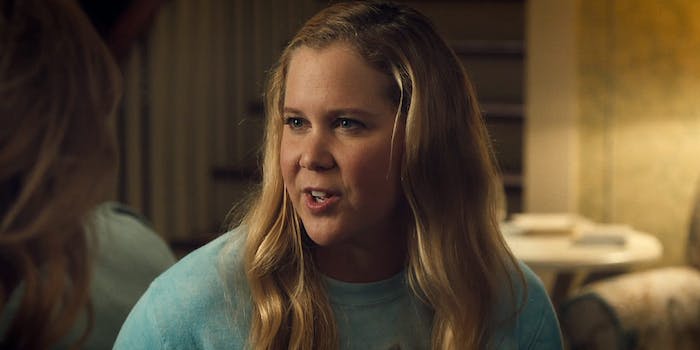 Amy Schumer’s wedding vows were R-rated, because of course

Amy Schumer‘s surprise wedding to Chris Fischer on Feb. 13 was a star-studded event officiated by an in-character John Early. And now we know the vows were also on brand.

During an interview on comedian Nikki Glaser’s SiriusXM show, Schumer said she wrote her vows in 20 minutes. “I was crying when I wrote them, but his blew me out of the water so hard,” she said. Schumer added that her vows included a specific promise: “In my vows I go, ‘But I promise I’ll keep going down on you, even though everyone tells me I won’t.’ And his were like, heckling me too. He was like, ‘The other day I lost a tennis match and you called me a fucking loser.’ It was all like, awful shit.”

Sounds like a promising start. Schumer said the wife life suits her, even if it still feels like a “novelty.” She’s even curling with Fischer.

When someone gets up to walk to the bathroom during the Olympics it is essential you curl them to their destination. #walkcurling