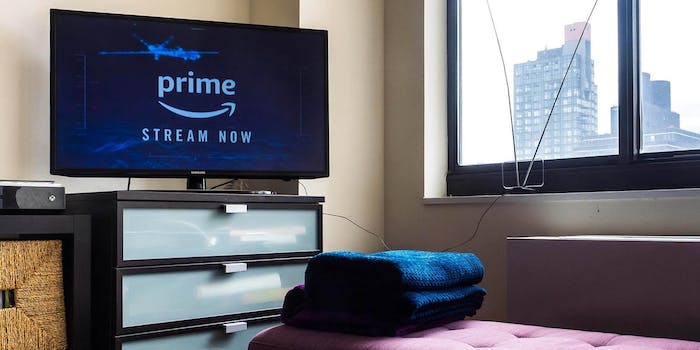 The decision comes as millions are at home self isolating–and watching TV.

Amazon’s Prime Video will limit streaming speeds in Europe in an effort to protect broadband networks from being overloaded amid the coronavirus pandemic.

The decision, made as millions of people across the continent find themselves isolated at home because of the coronavirus, was confirmed by an Amazon spokesperson.

“Prime Video is working with local authorities and internet service providers where needed to help mitigate any network congestion, including in Europe, where we’ve already begun the effort to reduce streaming bitrates while maintaining a quality streaming experience for our customers,” Amazon said in the statement.

Breton had specifically cited Netflix, which agreed to cut back its speeds by 25 percent across Europe for 30 days.

YouTube, the largest free video streaming platform on the internet, likewise opted to reduce the bitrate of its videos to keep Europe’s internet afloat.

“We are making a commitment to temporarily switch all traffic in the EU to standard definition by default,” YouTube said.

Breton, the EU commissioner, thanked Google, which owns YouTube, in a statement following its decision.

“Millions of Europeans are adapting to social distancing measures thanks to digital platforms, helping them to telework, e-learn and entertain themselves,” Breton said. “I warmly welcome the initiative that Google has taken to preserve the smooth functioning of the internet during the Covid-19 crisis by having YouTube switch all EU traffic to standard definition by default.”