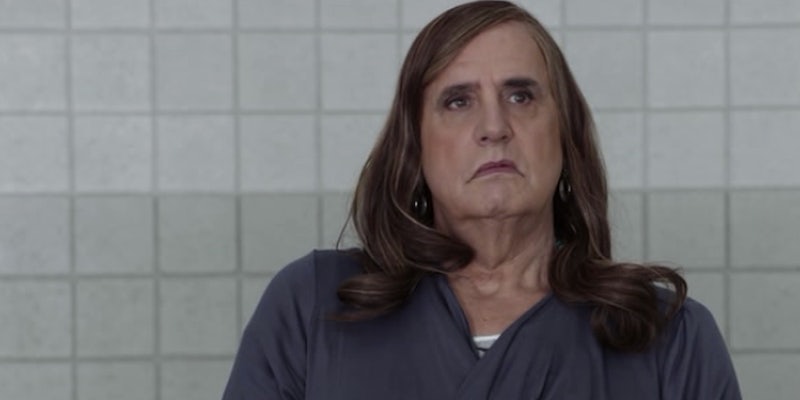 Who gets the thumbs up in Amazon’s pilot slate?

Once again, viewer reviews and ratings will help decide which shows should get the green light and which get the boot.

Amazon has spent the last couple years trying to make their original programming a destination. Last spring, they released eight sitcoms, all high on satire (Alpha House, Betas) and used viewer feedback to evaluate which shows would make it off the runway. There were some good ideas in the pilot offerings, but none of them saw a huge upswing in popularity.

Last week, Amazon debuted pilots for five new shows—including two new dramas—and once again viewer reviews and ratings will help decide which shows should get the green light and which get the boot. Those that get green-lit will go on to be Amazon Prime Instant exclusives. With this lot, Amazon seems to have picked up on Netflix’s scent: To be successful, create a show like House of Cards or Orange Is the New Black—one that seems like it could be on a channel like HBO. This year, they’ve found that in Jill Soloway’s Transparent, a show about a father coming out as transgender to his family.

Of course, Netflix was the model for original digital programming in 2013: House of Cards’ highly anticipated second season draws the curtains on Friday, and this summer, shooting begins on the next Netflix original: Sense8, a new sci-fi thriller from Andy and Lana Wachowski (The Matrix) and Babylon 5 creator J. Michael Straczynski. HBO is currently experiencing a revival with True Detective, a show that’s attempting to bridge the episodic TV narrative and the cinematic panorama of filmmaking.

You can currently watch the pilot episodes for free if you have Amazon Prime, or as part of a 30-day free trial. Here’s a rundown of which shows we think will survive the runway, and which ones seem to have a hard time walking.

Amazon is joining in on a trend: Cops chasing (and being haunted by) serial killers. True Detective, The Following, and The Fall all center around this storyline, with varying degrees of success, and Titus Welliver gives LAPD detective Hieronymus “Harry” Bosch the appropriate moral weight for a man named after a Renaissance painter. The storyline here hinges on a twist: He’s also on trial for shooting a suspected murderer and rapist.

Verdict: While this seems an odd fit for Amazon, it could see some success on a cable channel like FX.

The X-Files creator Chris Carter’s new drama also creeps along like a network show, centering around a group of strangers forced together after an unspecified epidemic, mirroring the narrative of The Walking Dead. At an hour long, the pacing was a bit uneven. The ending is pure X-Files callback, however.

Verdict: This could follow up The Walking Dead on AMC.

Mozart in the Jungle

A behind-the-scenes look at the NYC classical music scene, Mozart in the Jungle attempts to make the struggles of millennial musicians relatable and edgy. The pilot was written by Roman Coppola, Jason Schwartzman, and Alex Timbers, so there’s some comedic muscle in the storyline, but not much else. There’s little narrative thread between scenes, and no character in which to feel invested or empathetic.

After a woman’s husband dies and leaves her a football team (The Rebels), she struggles to keep a group of rowdy athletes in line. And oh, the misogyny she sees! This premise isn’t very novel, but Natalie Zea does have more presence here than she does in The Following. A coked-up monkey with a gun was the highlight of the pilot.

Verdict: There could be some promise if the characters are fleshed out a bit, but this also feels more like an FX show.

The new show from writer/director Jill Soloway (Six Feet Under, United States of Tara) focuses once again on a troubled family—this time a father (Jeffrey Tambor), mother (Judith Light), and three adult siblings (Gaby Hoffman, Jay Duplass, and Amy Landecker). Set under the hazy orange skies of Los Angeles, Transparent’s pilot picks at the issues just below the surface: body image, gender identity, sexual desire. Tambor coming out to his family as transgender will prove a major plot point, but the siblings’ rapport and neuroses set in motion their own intricate storylines, which could easily sustain a whole season. In addition to the family, Los Angeles is the secondary character here, and Soloway makes sure to highlight all its sloping driveways, winding conversations, and wide angles.

Verdict: Green light, all the way. Of all the pilots, this show is on par with Netflix and HBO’s original content.