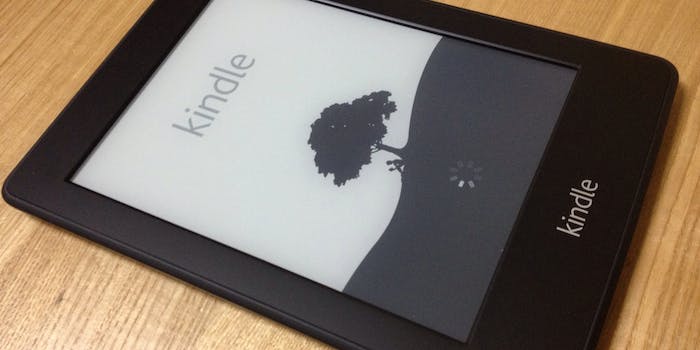 Amazon is going to start paying ebook writers based on pageviews

Authors are already concerned that this will cut into their income from Kindle readers.

Kindle Unlimited is often billed as Netflix for books, a subscription service where users pay a monthly fee for access to 700,000 titles.

At the moment, Kindle Unlimited authors are paid by the number of times their ebooks are borrowed, a similar method to traditional libraries. However, Amazon will soon introduce a new system where payment is calculated based on pageviews.

Amazon says this decision was inspired by “authors who asked us to better align payout with the length of books and how much customers read.” Starting on July 1, authors will be paid by the number of pages read per month, not by the number of times a book is withdrawn. This means long books will have more monetary worth than short books of equal “popularity.” Meanwhile, if a book is requested by lots of Kindle users but none of them get past the first chapter, the author won’t be making much money at all.

For authors who write specifically for the Kindle ebook market, this new system may incentivize longer books with more plot twists and page-turning drama. It could also cut down on writers padding books for length, because they’ll be more aware of readers tuning out halfway through. Either way, it’s easy to see how this could influence writers’ creative output.

One key thing to note from Amazon’s announcement is that it doesn’t say how much authors will be paid. Its example uses an imagined $10 million overall fund, divided between 100 million pages in the library. So:

These round numbers make the concept easier to understand, but they’re also pretty misleading. No one will be making anything like $1,000 for a 100-page book read 100 times. This would come out at $10 per ebook, or 10 cents per page—an unrealistic amount even for an ebook sale on Amazon, nevermind the equivalent of a Netflix stream.

Amazon frames this change as a system favored by authors, but that doesn’t really gel with the company’s history as an online distributor. Industry insiders have already criticized Kindle Unlimited for demanding exclusive distribution rights, and Kindle Worlds (Amazon’s licensed fanfic publishing platform) imposes strict copyright and content restrictions on its authors.

By calculating payment based on pageviews, Amazon will almost certainly reduce the overall amount of money paid to its authors—all while continuing to collect the same subscription fees from Kindle audiences.

Photo via Tatsuo Yamashita/Wikimedia (CC BY 2.0)