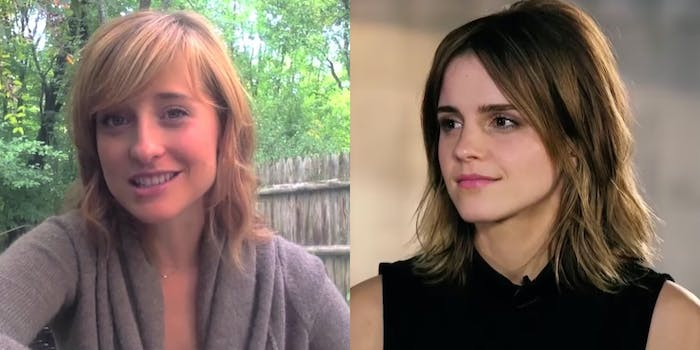 [email protected] I'm a fellow actress like yourself & involved in an amazing women's movement I think you'd dig. I'd love to chat if you're open.

[email protected] well to your vision and what you want to see in the world. I think we could work together. Let me know if you're willing to chat

@TheCathyJensen @EmWatson Thank you for the bump up! Would love to chat with a fellow change-maker! #InternationalWomensDay

Watson, who is a United Nations Goodwill Ambassador and launched a campaign for gender equality, didn’t respond.

She also tweeted at pop singer Kelly Clarkson in 2013.

@kelly_clarkson I heard through the grapevine that you're a fan of Smallville. I'm a fan of yours as well! I'd love to chat sometime.

Mack pleaded not guilty to sex trafficking. Her court proceedings begin May 3.