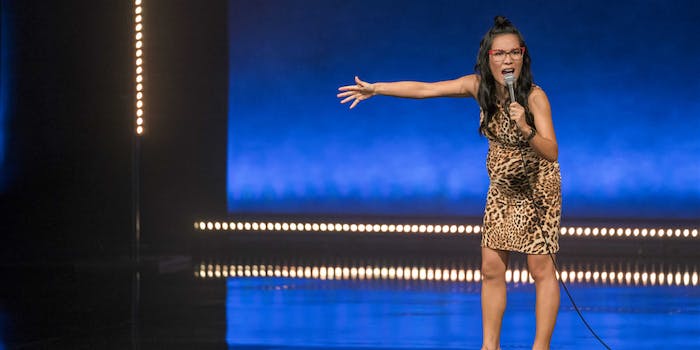 The comedian and the streamer will team up yet again.

A Hard Knock Wife no more: Ali Wong is headed to Netflix with two new standup specials that will land her a payday of over $10 million.

The Hollywood Reporter broke the news on Tuesday morning that following an aggressive bidding war with HBO, Netflix will once again work with the standup star. The streamer has reached a deal with Wong to produce two new specials that will begin in 2020, continuing a relationship that has already spanned numerous projects and helped to make Wong a household name.

The comedian’s previous standup specials with Netflix were popular and critical hits. Both Baby Cobra and Hard Knock Wife currently have a 100% on Rotten Tomatoes. The specials, released in 2016 and 1018 respectively, also made a number of best comedy specials year-end lists.

Sources tell THR that HBO was hoping to land Wong’s services for a standup special and a scripted series, which pushed her asking price over the $10 million mark. HBO is beefing up on content ahead of parent company Warner Media’s launch of the new streaming service, HBO Max. With HBO Max joining new players Disney+ and AppleTV+, we can expect more bidding wars to come. Netflix is going to have to dish out lots of money to retain talent it’s worked with before.

“Ali is electric,” Robbie Praw, director of original standup comedy programming at Netflix, told THR. “She offers a completely distinct voice in the culture, and audiences all over the world have responded to her raw, unfiltered humor. We’re so proud to make Netflix the home of her comedy specials for years to come.”