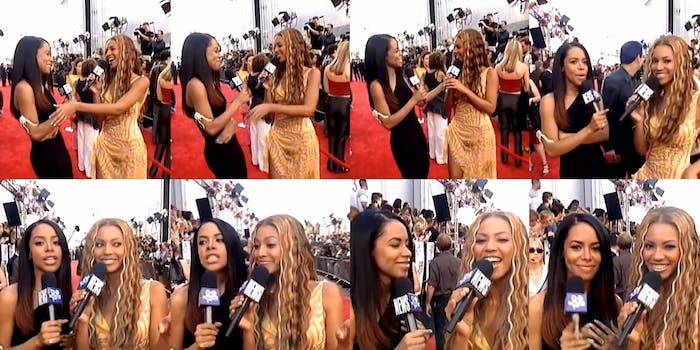 Beyoncé posts lovely tribute to Aaliyah 15 years after her death

Has it really been 15 years since we lost Aaliyah?

When singer Aaliyah died in a plane crash 15 years ago today, the world was stunned. At 22 years old, her star was on the rise. In addition to three successful albums, she starred in Romeo Must Die and was filming Queen of the Damned at the time of her death.

Aaliyah is still remembered by fans and celebrities every year on the anniversary of her death. On Thursday Beyoncé took to Instagram to post a video of the two of them at the 2000 MTV Movie Awards, when Queen Bey was interviewing celebs on the red carpet.

The interview was actually a longer than the portion that Beyoncé posted, but we dug up the full clip: