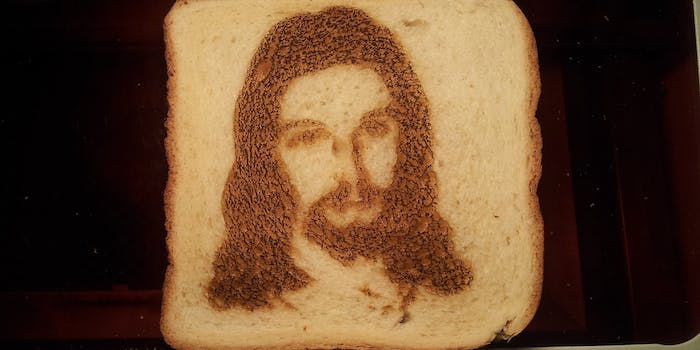 This is the only way to have your toast in the morning.

Give a Reddit user a laser engraver and he’ll transform pieces of wood into beautiful illustrations of memes like Overly Attached Girlfriend and actor Aziz Ansari. Give one of these machines to a dude from 4chan’s random imageboard /b/, the Internet’s worst nightmare come to life, and he’ll make pictures of Jesus Christ, Adolf Hitler, and, of course, the f-word.

This /b/ user made the illustrations using pieces of toast and honestly, they look pretty great. It’s unclear what machine was used to make the engravings but one Reddit user suggested an Epilog machine.

One of the engravings features Breadfriend, a three-year-old image macro series featuring a picture of a slice of bread with the face of anime character Masaki making a startled face of sexual approval.

“I can’t wait until laser toasters are commercially viable and then I can have custom toast every morning,” orthag commented on Reddit.