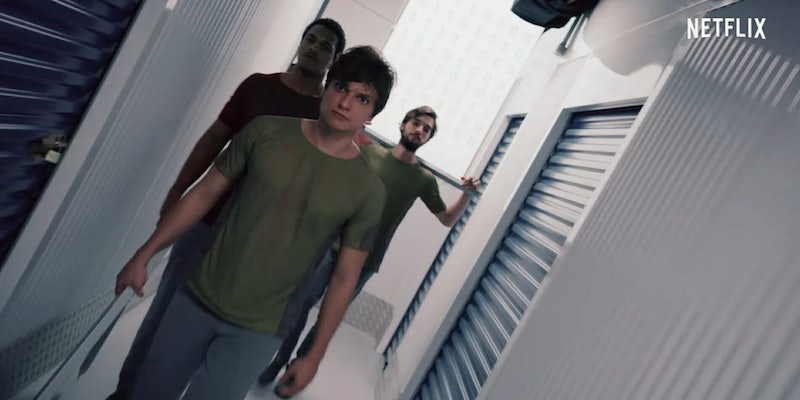 ‘3%’ is one of Netflix’s biggest shows—but is it any good?

The Brazilian sci-fi series is one of the world's most popular.

Netflix last month released some viewership statistics and the Brazilian sci-fi series 3% turned out to be one of 2017’s most popular binges in the world. It ranked No. 2 on the list of “most devoured” shows, meaning most people watched at least two hours of it per sitting. That put it ahead of buzzy and controversial smash Thirteen Reasons Why. Yet seemingly few Americans have seen or heard of it. What were you missing? Not much, as it turns out.

I reached my breaking point with 3% halfway through the show’s eight-episode first season. 3% is what you get if you take Lost and strip away everything that made the story of the Island and the castaways interesting. The biggest mystery surrounding the show is how this series, created by Spanish filmmaker Pedro Aguilera, rose to the top of the streaming crop when Netflix has so many better offerings.

The show is set in a dystopian future where the population goes through “the Process” in hopes of making it through, where upon completion they are granted access to “the Offshore,” while everyone else is condemned to the poverty and struggle of “the Inland.” The Process amounts to watching teens and 20-somethings tackle brainteasers and stress tests to weed out the 97 percent. There’s more going on, with the overseers of the Process wrapped up in some kind of conspiracy. The show slow-plays the macro plot to the point of frustration. In the moment some of the challenges are kind of interesting. Groups are presented with a dinner scene staged with mannequins and have to deduce what event they’re seeing. In another, they must run through dark corridors while the air fills with gas that makes everyone hear voices and grow paranoid.

Each episode spotlights a different character and tells their backstory via flashbacks. We have Fernando, confined to a wheelchair and determined to make it through the Process; Marco, the entitled son of a family that always makes it through the Process; Moana, an orphan who grew up on the streets. The characters are diverse in their circumstance, but they are united and weakened by dull writing.

The show is obviously setting up a long-term payoff by the way the story is structured, but playing coy with the details ends up burning the creative team because none of it is particularly compelling. At eight episodes, with more on the way, it’s an easy binge. If you get bored and frustrated with 3% like I did, you won’t feel bad cutting your losses.